An artist based in Mumbai has created a massive clay lamp mosaic of Indian skipper Virat Kohli as a tribute. The artwork was made by Abaasaheb Shewale and was displayed at Seawood Grand Central Mall, in Navi Mumbai.

An artist based in Mumbai has created a massive clay lamp mosaic of Indian skipper Virat Kohli as a tribute to his favourite cricketer, just ahead of Diwali celebrations. The artwork was made by Abaasaheb Shewale and was displayed at Seawood Grand Central Mall, in Navi Mumbai. Reportedly, it has been created by using 4.482 clay diyas. Reportedly, the 9.5 foot wide and 14-foot mosaic art, is the world's largest clay diya mosaic. 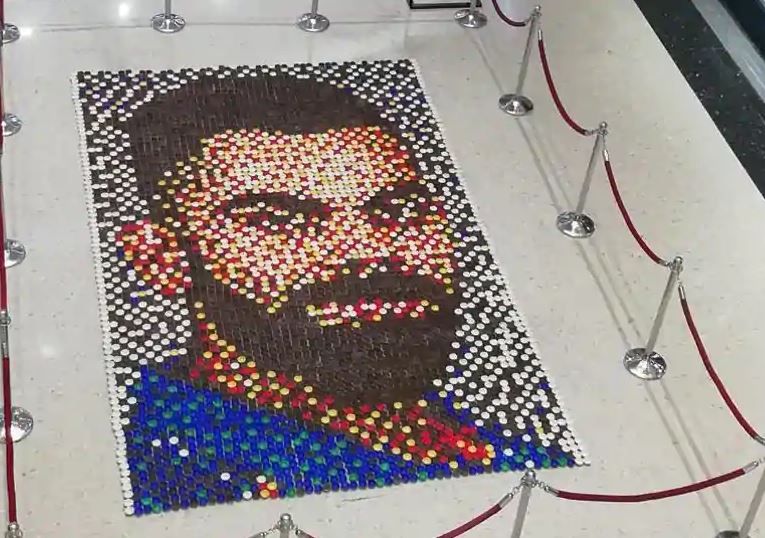 The unique artwork was created with red, white, blue, green, yellow and brown diyas. Along with five co-stars, Snehal Shewale, Tanuja Shewale, Suraj Gole, Kumar Hadwale and Rupesh Tandel, it took Shewale around eight hours to create the huge Virat Kohli mosaic. Speaking to a news publication, the artist stated that he has applied for the Guinness World Record, India Book of Records and Unique World Records and reveals that the artwork was created in honour of Kohli's birthday as well as Diwali.

Read: After 'Zero' Trailer Launch, Anushka Sharma Jets Off With Virat Kohli To Kolkata, Here's Why Indian skipper Virat Kohli's birthday falls on November 5, 2018, which is just two days before Diwali. The mosaic was created on October 28, and has garnered a lot of appreciative comments on social media. 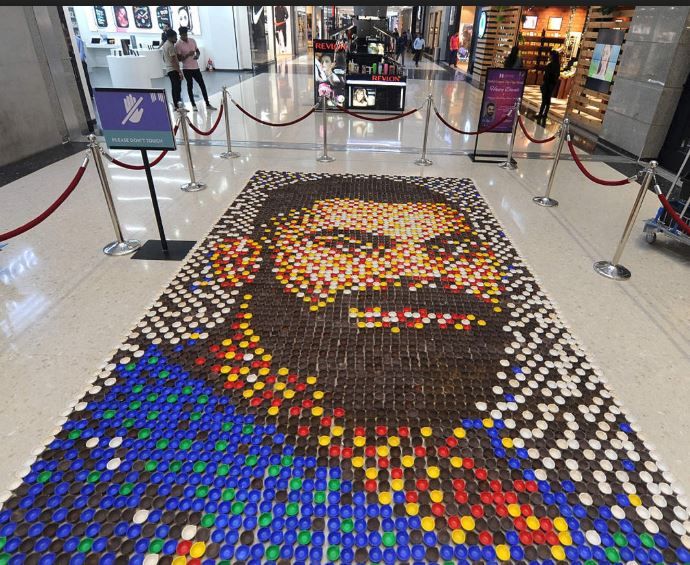 Talking about Virat Kohli, he became the first Indian batsman to score three centuries on the trot in ODIs. The skipper became the eighth batsman in the history of ODI cricket to accomplish this feat, following the likes of Zaheer Abbas, Quinton de Kock, Saeed Anwar, Ross Taylor, Herschelle Gibbs, AB de Villiers and Kumar Sangakkara- the latter leading the way with four centuries in a row.

Prior to that, the Indian skipper had become the fastest batsman to reach the 10,000 run mark in this format. He achieved this feat in his 205th innings, overtaking his mentor Sachin Tendulkar who had reached the same number in 259 innings.

Recently pictures that have surfaced on social media, show the ace cricketer Virat Kohli and wife Anushka Sharma at the airport. Sporting a white T-shirt and matching pants, Anushka had her casual style game on point. Virat, on the other hand, was spotted in a black T-shirt and track pants along with his trademark cap. Apparently, the couple was heading out to Kolkata, where Virat will be facing off against the West Indies. Looks like Anushka is accompanying her hubby to cheer him on as has been the case many times before. It is truly incredible to see how this power couple always makes time for each other in spite of their super busy schedules.

PEOPLE HAVE PLEDGED SO FAR
Colours: 10 unique colours and names you may have never heard of
Photographer who captured 'Bruce the bald eagle' in symmetrical reflection on water becomes toast of social media
LEGO bricks exhibition in Manchester: 100 pieces of LEGO art created by Nathan Sawaya
Easy DIY paper bird craft ideas to give wings to your imagination
Easy Mehendi removal techniques to give a try at home
DO NOT MISS
SAMI HITS OUT AT CONGRESS' SHERGILL
FORCED CONVERSION IN PAK
JNU STUDENT QUESTIONS SC
KANGANA CELEBRATES PADMA SHRI WIN
SUBRAMANIAN SWAMY TAKES ON CENTRE
LIFE INSURANCE FOR NRI IN INDIA