Rick Atkinson, the author of the recently published 'The British Are Coming: The War For America' has bagged the American History Book Prize. Read details.

Rick Atkinson has bagged American History Book Prize for his book titled The British Are Coming: The War of America, Lexington to Princeton, 1775-1777. Atkinson is widely considered to be one of the best-selling authors, thanks to the success of his Liberation Trilogy. The Liberation Trilogy explores America's role in World War 2. The very first book in the series titled An Army At Dawn bagged the Pulitzer Prize for History in the year 2003. Atkinson recently won American History Book Prize. Read on to know more details:

His new series, that is, The Revolution Trilogy, seems to initiate a similar start. The British Are Coming: The War for America, Lexington to Princeton, 1775-1777 is the very first part of The Revolution Trilogy that revolves around the American Revolution. Rick Atkinson's book bagged the Barbara and David Zalaznick Book Prize. 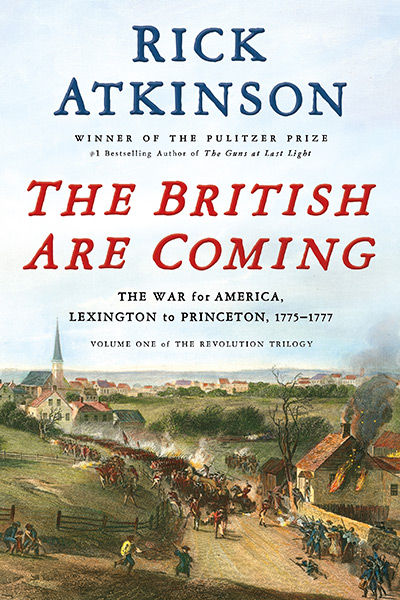 The Barbara and David Zalaznick Book Prize is by The New-York Historical Society and the society aims to encourage the people to enlighten themselves on American history. The Barbara and David Zalaznick Book Prize was previously known as The New-York Historical Society American History Book Prize and the award is most commonly referred to as the American History Book Prize. The winners of the prize get to take home $50,000 and a medal.

Rick Atkinson has previously worked on different kinds of jobs. He has worked as a newspaper reporter, editor and foreign correspondent and later started working towards military history. His writing style is something fans appreciate a lot. Rick Atkinson has bagged several prestigious awards throughout his writing career for producing some of the most powerful books. He bagged several Pulitzer awards and awards like Peggy V. Helmerich Distinguished Author Award and others throughout his writing career.

PEOPLE HAVE PLEDGED SO FAR
Coronavirus quarantine might leave you bored but not with these good reads at hand
Anthony Horowitz to release 13th edition of Alex Rider series online amid lockdown
'Hemingway Letter Project's fifth volume to be published soon; here are a few insights
5 Tamil books to read for your parents as everyone stays at home in COVID-19 lockdown
'Kafka on the Shore' to 'Complicated Kindness': 3 books to give you hope during quarantine
DO NOT MISS
5 MEN ARRESTED FOR BEATING ENGINEER
COVID-19: DOCTORS WRITE TO MHA
2ND COVID STIMULUS PACKAGE?
MAHA CABINET APPROVES 30% PAY CUT
MADAN LAL REJECTS INDIA-PAK SERIES
THACKERAY NOMINATED TO COUNCIL