The hooded mannequins are one symbol of the Taliban's puritanical rule over Afghanistan. 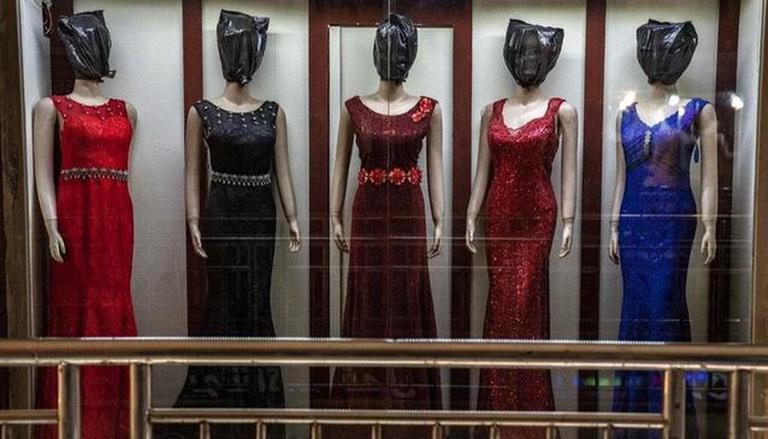 
Under the Taliban, the mannequins in women's dress shops across the Afghan capital of Kabul are a haunting sight, their heads cloaked in cloth sacks or wrapped in black plastic bags.

The hooded mannequins are one symbol of the Taliban's puritanical rule over Afghanistan. But in a way, they are also a small show of resistance and creativity by Kabul's dress merchants.

Initially, the Taliban wanted the mannequins to be outright beheaded.

Not long after they seized power in August 2021, the Taliban Ministry of Vice and Virtue decreed that all mannequins must be removed from shop windows or their heads taken off, according to local media. They based the order on a strict interpretation of Islamic law that forbids statues and images of the human form since they could be worshipped as idols - though it also meshes with the Taliban's campaign to force women out of the public eye.

Some clothes sellers complied. But others pushed back. 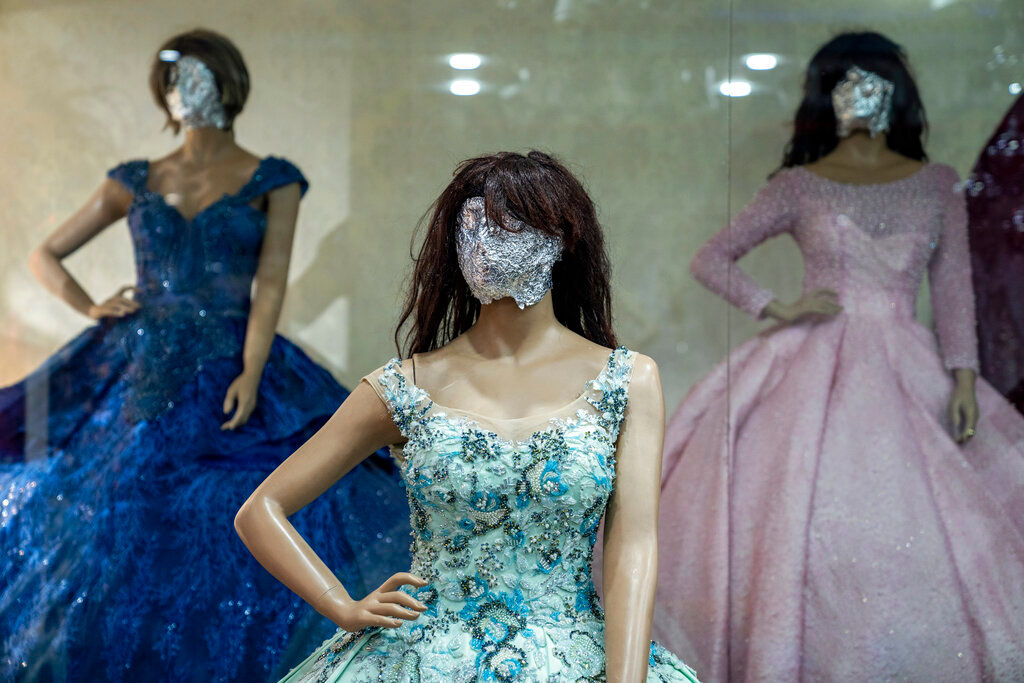 They complained they'd be unable to display their clothes properly or would have to damage valuable mannequins. The Taliban had to amend their order and allowed the shop owners to cover the mannequins' heads instead.

Shop owners then had to balance between obeying the Taliban and trying to attract customers. The variety of solutions they came up with are on display on Lycee Maryam Street, a middle-class commercial street lined with dress shops in a northern part of Kabul. The store windows and showrooms are lined with mannequins in evening gowns and dresses bursting with color and decoration - and all in various types of head coverings.

In one shop, the mannequins' heads were cloaked in tailored sacks made out of the same material as the traditional dresses they modeled. One, in a purple dress beaded with cowrie shells, had a matching purple hood. Another, in a red gown elaborately embroidered in gold, was almost elegant in a mask of red velvet with a gold crown on her head.

"I can't cover the mannequins' heads with plastic or ugly things because it would make my window and shop look ugly," said Bashir, the owner. Like other owners, he spoke to The Associated Press on condition he be identified only by his first name for fear of reprisals.

Shop owners need keep things attractive - the economy has collapsed since the Taliban takeover and the ensuing cutoff of international financing, throwing almost the entire population into poverty.

Elaborate dresses have always been popular in Afghanistan for weddings, which even before the Taliban were usually gender-segregated, giving women a chance to dress in their finest in the country's conservative society. Under the Taliban, weddings are one of the few remaining opportunities for social gatherings. But with incomes so strained, they have become less elaborate.

Bashir said his sales are half what they used to be.

"Buying wedding, evening and traditional dresses is no longer a priority for people," he said. "People think more about getting food and surviving."

Another shop owner, Hakim, shaped aluminum foil over his mannequins' heads. It adds a certain flash to his merchandise, he decided.

"I made an opportunity out of this threat and ban and did it so the mannequins are even more attractive than before," he said. Not all can be so elaborate. In one shop, the mannequins in sleeveless gowns all had black plastic sacks over their heads. The owner said he couldn't afford more.

Another shop owner, Aziz, said agents of the Ministry of Vice and Virtue regularly patrol shops and malls to make sure the mannequins are beheaded or covered. He was dismissive of the Taliban's justification for the rules. "Everyone knows mannequins aren't idols, and no one's going to worship them. In all Muslim countries, mannequins are used to display clothes."

A small number of male mannequins can be seen in display windows, also with their heads covered, suggesting that the authorities are applying the ban uniformly.

The Taliban initially said they would not impose the same harsh rules over society as they did during their first rule in the late 1990s. But they have progressively imposed more restrictions, particularly on women. They have banned women and girls from schooling beyond the sixth grade, barred them from most jobs and demanded they cover their faces when outside.

On a recent day, a woman shopping on Lycee Maryam Street looked at the hooded mannequins.

"When I see them, I feel that these mannequins are also captured and trapped, and I get a sense of fear," said the woman, who gave only her first name, Rahima.

"I feel like I see myself behind these shop windows, an Afghan woman who has been deprived of all her rights."