21-year-old Vidisha Baliyan from Uttar Pradesh’s Muzaffarnagar won the Miss Deaf World pageant on July 22, becoming the first Indian to accomplish the feat. The youngster is also a tennis player.

Vidisha won the title in South Africa, where 16 countries had participated in the event.

She has shared several updates of the event on her Instagram profile, right from the moment when she was crowned to her performance of Tandav in the talent round.

My crowning moment 👸 My tears here are telling more than any words could express. The joy, the pains, the hard work, the belief, the early mornings - all are worth it. Being crowned as the first Indian to win in the Miss Deaf World Category. Feeling surreal. Thank you God. #crown #missdeafworld2019 #vidishabaliyan #hearingimpaired #empowerment

Apart from being the Miss World, the youngster is also a professional tennis player. Sharing the emotional moment when she was crowned, she opened up on the various hurdles she faced since childhood and how this event helped her win over all of it. 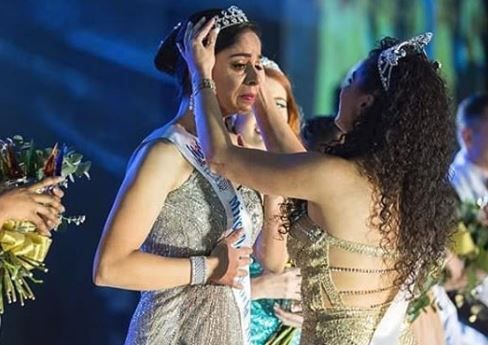 “While being crowned as miss Deaf World would be etched in my memory for lifetime, the win was extra special to me for many reasons. As a hearing-impaired child, from not hearing the doorbell to being ignored by people, I’ve seen it all. But after seeing a meteoric rise in my sports career as a tennis player who earned the 5th rank in ‘Deaflympics’, tennis became as important as breathing. And then life’s another blow - a severe back injury left my hopes fractured," she wrote.

READ: WATCH | Amitabh Bachchan 'tears' Up Watching Viral Video Of A Father Singing To His Hearing And Speech-impaired Daughter At Her Wedding

Vidisha said, "Unable to see a reason to live, I didn’t give up because of the strength my family gave me. And in time, I was shown another way - Miss Deaf India. A novice to the world of beauty and fashion, I learnt what was needed and won the title.

She continued, "I am blessed with a quality - if I put my mind to something then I don’t measure efforts or time, I give it my all. Whether it’s dancing, basketball, swimming, tennis or yoga, I never slack in my efforts. Maybe as a disabled child I learnt to overcompensate by my hard work to overcome my ability to listen properly.

"By the grace of the universe, after the Miss Deaf India contest, we crossed paths with Wheeling Happiness, an NGO who empowers disabled people.

"Thank you for each and every person who contributed in this victory. The crown is ours. 👑 ,” she concluded (sic)