While Celebs Started The 'typed' Sari Trend, India Gives It A Political Twist In The Election Season

Sending a message with things written on clothes is not a novel idea. But move over Kurtis, t-shirts, caps, jeans. Its time to write messages on the sari.

Sending a message with things written on clothes is not a novel idea. But move over Kurtis, t-shirts, caps, jeans. Its time to write messages on the sarees. A host of celebrities have recently triggered the trend of literally draping their attitudes by wearing sarees with written messages on them.

The message can be auspicious tidings like Nita Ambani’s ‘Shubhaarambh’ sari which was a Sabyasachi creation with the word embroidered on her blouse and Deepika Padukone’s ‘Sada Saubhagyavati Bhava’ bridal choli. 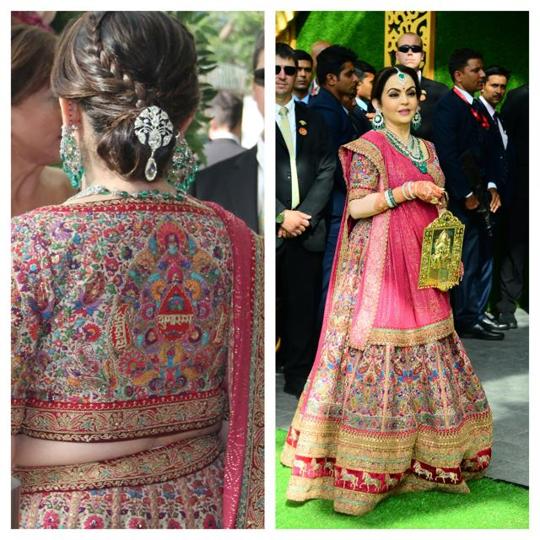 Some saris like Sonam Kapoor and Rhea Kapoor’s ‘Everything is AK-OK’ just reflects how they feel and their approach towards life. The words customize the sarees to the personality. 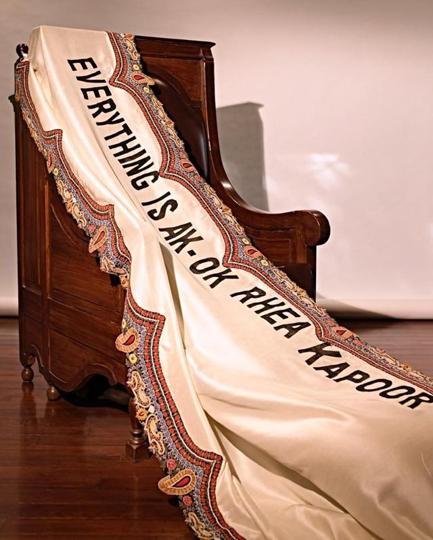 Typed saris are not just a fashion trend in Bollywood. During the election season, there have been an outpour of 'political sarees' ranging from Narendra Modi sarees, Rahul Gandhi and Priyanka Gandhi sarees featuring their faces along with the Party slogans. While many are tired of seeing the politicians on constant rallies, various announcements all over the news, some just don't seem to get enough of the political breeze in the country, willing to pay for these trending  'Lok Sabha' sarees.

Here are a few artistic examples:

not just words but prominent events have also featured many a time as a message on the sarees. Cashing on the surgical strikes, themed saris with the words ‘Surgical strike’.

To what untouched country can I move

Being woke in the ‘traditional’ way, seems to be an up and coming market in India.

PEOPLE HAVE PLEDGED SO FAR
Valentines Day 2020: DIY face masks to get the right look on this special day
Ayushmann Khurrana, Akshay Kumar and other Bollywood actors who nailed the nose ring look
Banana Powder: Know uses of this makeup miracle for Indian skin tone
Taapsee Pannu sports casuals like an absolute stunner and these pics are proof
Sonam Kapoor and other B'Town ladies giving tips on how to drape a saree in a unique way
DO NOT MISS
MNS THREATENS WARIS PATHAN
AKHILESH SLAMS YOGI'S 'RAM RAJYA'
TEJ PRATAP'S THREAT TO NITISH
BJP TAKES AIM AT SHIV SENA
WHOSE BOWLING ACTION BEST?
ZUCKERBERG GETS ARMPITS BLOW-DRIED