Ganesh Chaturthi 2021 begins on September 10, Friday. However, due to the pandemic situation, restrictions are imposed on the celebrations. 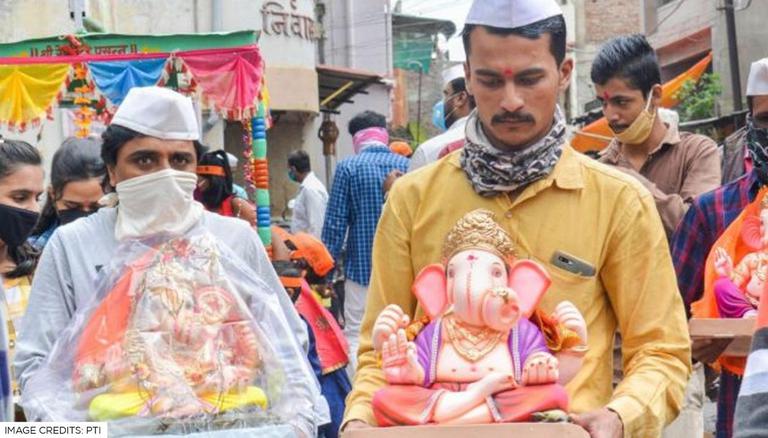 
One of the biggest and auspicious festivals in the country, Ganesh Chaturthi is celebrated with great enthusiasm across the country. Ganesh Chaturthi 2021 begins on September 10, Friday and will conclude on September 21, Tuesday. The 10-day celebration holds prominence for people especially in states like Maharashtra, Madhya Pradesh, Karnataka, Gujarat, and so on. However, due to the pandemic situation, Ganesh Chaturthi celebrations which were earlier carried out on an extensive basis are now limited and is to be celebrated with restrictions.

The day is celebrated in various manners across the country. Also, people follow several rituals and offer flowers, fruits, and sweets to Lord Ganesha. Read on to know more about the history and significance of Ganesh Chaturthi.

According to the Hindu calendar, this year Ganesh Chaturthi commences on September 10 and will be celebrated with great enthusiasm for the next 11 days.

Ganesh Chaturthi tithi begins from midnight on September 10 and will continue till 10 p.m. on the same day.

Meanwhile, the last day or the Anant Chaturdashi falls marks the end of the festival. On this day, the idols of Lord Ganesha will be immersed in water bodies. The immersion is carried out on a large scale with processions that witness huge crowds. However, this time restrictions are imposed on the Ganesh Chaturthi processions.

Why is Ganesh Chaturthi celebrated?

Ganesh Chaturthi marks the birth of Lord Ganesha, an elephant-headed deity and the son of Lord Shiva and Maa Parvati. According to the Hindu calendar, this day falls on the 4th day or the Chaturthi Tithi of Shukla Paksha of Bhadrapada.

Ganesh Chaturthi holds major significance as on the same day Goddess Parvati created Lord Ganesha and asked him to protect her. Later, Lord Shiva was enraged by Ganesha's actions when he tried to stop him. Upon this, he chopped off Ganesha's head in anger after which Maa Parvati lost her cool. It was then when Lord Shiva in order to pacify her attached an elephant's head to Ganesha's body and gave him a new life. On Ganesh Chaturthi, he arrives from his parent's home in Mount Kailash and then returns on the last day of the festival.

Ganesh Chaturthi received public prominence during the British era when Bal Gangadhar Tilak decided to celebrate Ganesh Puja in public. During that time, public celebrations were banned by the British government and with an aim to unite the people, Tilak decided to celebrate Ganesh Chaturthi on a large scale. Since then, the day is celebrated by people all over the country. Huge pandals are built across cities where idols of Lord Ganesha are placed and worshipped for all the days of Chaturthi. Also, people bring Ganesh idols to their homes and worship him. Lord Ganesha's favourite sweet laddoo and modak are also offered along with flowers and Ganesh aarti.

READ | Ganesh Chaturthi 2021: What is allowed and what is not, during Ganeshotsav 2021 in Mumbai