Vat Savitri Vrat Katha History, Significance And Other Details About It

Vat Savitri Vrat katha history, significance and other details about it. Read on to know the details and why is the day celebrated by women. 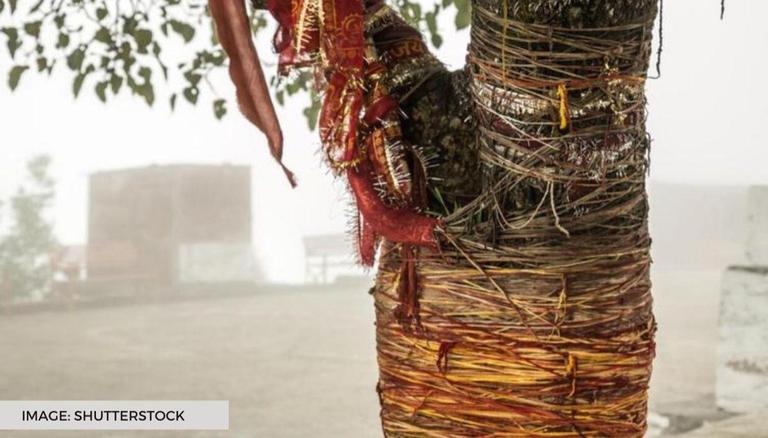 
Vat Savitri Vrat is a Hindu festival in which married ladies pray for the health of their husbands. Gujarat, Maharashtra, Goa, and parts of eastern Uttar Pradesh are among the places where the event is held. Every year in the Northern portion of India, Vat Savitri Vrat is observed on the Vaishak Vaidya Chaturdashi Amavasya (no moon night) according to the Hindu calendar. On the other hand, on Purnima (Full Moon Day) in the month of Vaishakh, the same event is performed. On Friday, May 22, 2020, Vat Savitri Vrat will be observed. Learn more about the history, meaning, and celebration of the event.

The Vrat, or fast, is named after Savitri, the lovely daughter of King Aswapati of Madra Desa, according to Hindu texts. King Asvapati was ultimately graced with his first child, Princess Savitri, who was famed for her beauty, after a long period of dormancy. Satyavan became the princess's life companion as she matured into a young woman. Satyavan was a prince in exile who lived with his blind father Dyumatsen in the wilderness. Satyavan, on the other hand, was cursed to die after a year of marriage, which made the king upset.

Despite the warnings, Savitri married Satvayan and moved into the forest with her husband and family. She went to tremendous extent to care for her family as a dedicated wife and daughter-in-law. Savitri swore to fast and pray to the gods for her spouse's well-being about a year later, as she faced the impending death of her spouse. Satavyan died in Savitri's lap under a Banyan tree on their first wedding anniversary. Savitri, on the other hand, accompanied Yama, the God of Death, as he dragged Satyavan's spirit away. Yama was so impressed by Savitri's resolve and love to her spouse that he promised her a boon, except Satyavan's life.

She initially requested her father-in-vision law's and the restoration of the kingdom, then a hundred children for her father, and last a hundred children for herself and Satyavan. Yamaraj was taken aback by Savitri's cleverness and bestowed yet another blessing onto her. Savitri demanded that Satyavan be brought back to life right away. Satyavan was given life by Yama, and Savitri's life was blessed with eternal pleasure.

READ | Vat savitri vrat wishes in Hindi to forward to your friends, family & close ones

On Vat Savitri, women fast for three days in honour of their spouses, much like Savitri did. Women observe a fast and tie threads around a banyan tree, praying for their husbands' well-being and greeting one another. Vat Savitri Vrat Katha and wish each other Happy Vat Savitri Vrat.

WE RECOMMEND
Vat Savitri Vrat 2020: Know more about history, significance and celebration
Jamat Ul Vida meaning, significance and date for 2021; see details here
Travel quotes you can put up to show how much you're missing travel
World Turtle Day theme for this year and other information about the day
Jio Phone to get WhatsApp status update; device's 'Gold Master' stage proves the same