Swiggy's sixth annual StatEATstics report revealed the food trends like most ordered food dish, snack and desert of the year from over 500 cities in India. 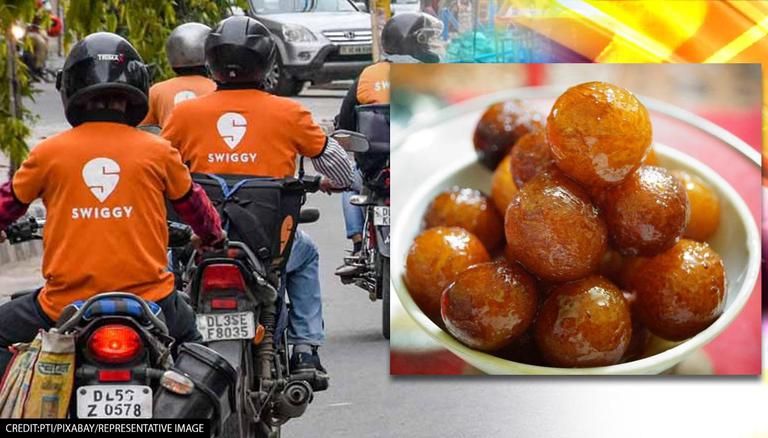 
As the year 2021 heads towards the end, the popular food delivery app Swiggy shared food-related trends that were seen this year. Swiggy's sixth annual StatEATstics report revealed the food trends like most ordered food dish, snack and desert of the year from over 500 cities in India. The statistic included in the list were based on the orders received in millions by Swiggy as well as their other initiatives like Instamart, Swiggy Genie, and HealthHub.

Indians love ending their meals on a sweet note and Swiggy's StatEATstics revealed that popular desi sweets like Gulab Jamun and Rasmalai were the topmost ordered desert of the year.

Gulab Jamun was the most ordered dessert on Swiggy

The popular food app Swiggy shared statistics of the most loved food dishes, snacks and desserts that Indians enjoyed this year based on the orders they received. As per the StatEATstics report by Swiggy, desi sweet Gulab Jamun was the most ordered dessert with a total 2.1 million orders. Rasmalai came in second with 1.27 million orders, the numbers clearly show that Indian's turn to these deserts to satisfy their sweet tooth cravings.

Also, every minute 115 plate Biryanis were ordered by foodies this year while Samosa became the most binged snack with about 5 million orders on Swiggy, equal to the population of New Zealand. The total number of Samosas ordered by Indians this year is equivalent to enough tomatoes to play the Spanish Tomatina festival for eleven years.

READ | What is Swiggy One? Know about its benefits, membership price and how to purchase

Coming in at the second number Pav Bhaji was the second most loved snack in the country with 2.1 million orders. In the wake of a global pandemic, Indians opted for healthier lifestyles and the search for healthy food on Swiggy doubled in 2021. Additionally, restaurants catering food for more health-focused groups on Swiggy HealthHub witnessed a 200 per cent increase in orders. Bengaluru topped the list of the most health-conscious city in the country, followed by Hyderabad and Mumbai.

READ | Indians ordered 2 biryanis per second on Swiggy in 2021, what else did they order? Check

Meanwhile, the grocery service on Swiggy, Instamart, delivered over 28 million packs of fruits and vegetables in 2021. The top five fruits and veggies delivered were tomatoes, bananas, onions, potatoes, and green chillies.

WE RECOMMEND
Swiggy introduces two-day paid monthly period time-off policy for female delivery partners
Swiggy reconstitutes Supr Daily's management structure; founding team members move on
Swiggy elevates Phani Kishan as co-founder, CEO calls him his 'fixer and go-to guy'
Indians ordered 2 biryanis per second on Swiggy in 2021, what else did they order? Check
What is Swiggy One? Know about its benefits, membership price and how to purchase