White had spent his childhood in South Carolina and fought World War 2 after being selected for the US army in 1942. He served the nation till 1945. 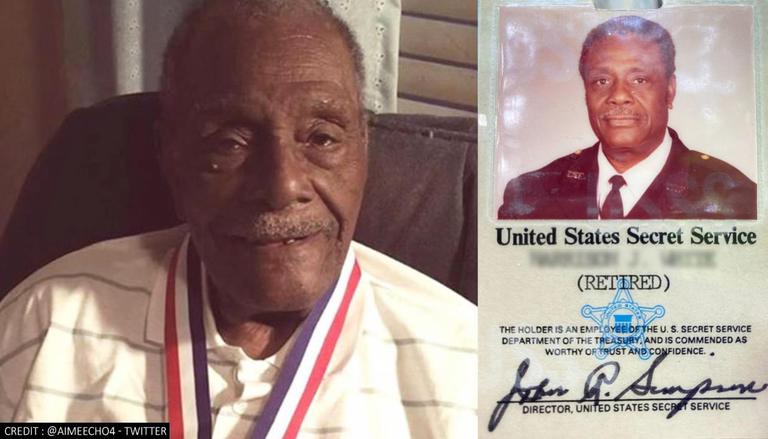 
1916, the year that had witnessed two of the most decisive battles of World War One – at Verdun and the Somme. It is the same year which is considered as the age when the armies of Britain, France and Germany were bled to death. Well, this was not the only fact that had happened in 1916. In the same year, Harry White, who had celebrated his 105th birthday on August 30, was born in South Carolina - a southeastern US state known for its shoreline of subtropical beaches and marshlike sea islands. According to the reports of Fox News, White had spent his childhood in South Carolina and fought World War II after being selected for the US army in 1942. He served the nation till 1945.

The report said that the centenarian had moved to Washington DC and has been living in the national capital for the last 98 years. According to the American news television channel based in New York City, he worked for the United States Secret Service from 1961 until 2001. During his 40-year-long glorious career, White's was conferred the charge of protecting some of the high-profile personalities of the US, including American Presidents, high-ranking government officials and foreign diplomats. Last month, he was honoured with a stately resolution from DC council member Janeese Lewis George for his commendable service career in the US army and the secret intelligence service.

During the honorary speech, the DC council member informed that the veteran had served under ten presidents. According to him, White was recognised as a person of great character and source of employment advice. Also, his secrecy about his job has played a vital role in protecting the US top dignitaries, added George. According to the reports, the veteran has two sons and is now blessed with 19 great-grandchildren. While revealing his long life, White said he treated everyone the same and tried to do the right things during his long journey. Besides, White also said he never smokes or drinks.

Similarly, the United Kingdom's oldest man, John Tinniswood, was also born, just four months after the Titanic disaster killed more than 1,500 people on board in 1912. On August 26 this year, Tinniswood celebrated his 109th birthday with his only son and few other family members. The jolly mood man has revealed the secret of his long-living during an interview with iTV.

How to live longer: Know from 109-year-old John Tinniswood

Usually, the older generation has advised all of us to eat healthy and oil-free food items. Apart from these suggestions, they also recommend waking up early in the morning. While these are some basics that older people used to convey to the next generation. However, the 109-year-old man revealed that he loved to eat fried fish and potato chips. Not only this, but the supercentenarian also admitted eating fast food every Friday evening. Tinniswood said he always love to let things go. The 109-year-old man went on to say that he believes that the lighter a human being take it, the healthier it becomes for them to go by. He advocated for not taking life seriously.