Integrating Indian classical music with principles of Ayurveda can be therapeutic for women going through menopause, a researcher said at the World Ayurveda Congress here on Saturday. 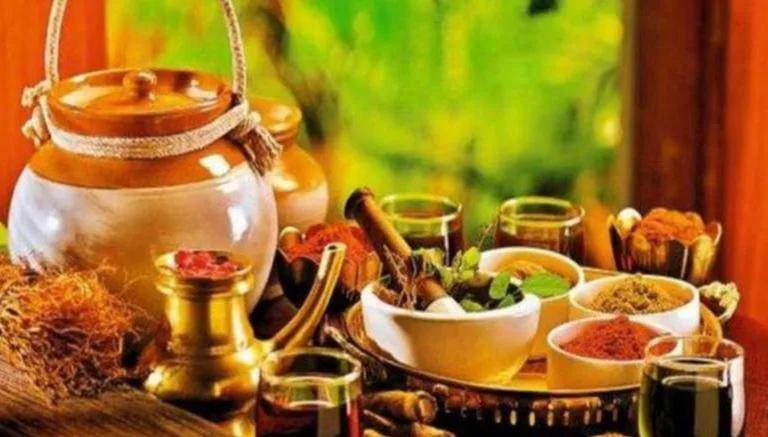 
Integrating Indian classical music with principles of Ayurveda can be therapeutic for women going through menopause, a researcher said at the World Ayurveda Congress here on Saturday.

The 9th edition of World Ayurveda Congress and Expo 2022 underway in Goa will conclude on Sunday.

Speaking at the event, Jamnagar-based PhD scholar Anagha Sivanandan informed that customised music, along with time-tested Rasayana procedures, can improve the quality of life among middle-aged women nearing the end of their menstrual cycles.

Anagha, who is pursuing doctorate from Gujarat Ayurved University, employed Raga Madhyamavati as a 20-minute package of vocals accompanied by four instruments in her study, and observed a marked improvement in the psychological and cognitive domains of menopausal women.

“The musical intervention was appreciated with positive outcomes in terms of its acceptability, feasibility and efficacy,” the researcher said during an oral session on 'Integration with Indian Traditional Sciences'.

The Carnatic melody, with five notes each along its scale of ascension and descension (aaroh and avaroh), was rendered in tune with the principles underlying the 'Vata Pittahara' in Ayurveda texts, she said.

Delivered without lyrics by male and female voices, the music featured orchestral support from string instruments veena and tanpura, besides the flute and tabla, said Anagha, who has submitted her thesis with the Institute of Post Graduate Teaching and Research at the university.

The music, set to three-by-four rhythm with a tempo of 70 beats per minute, lent auditory stimuli to the recipients, diluting the stress from menopausal syndrome, she said.

The resonance of the music matched with the natural frequencies of the tissues and organs, soothing the HPO (hypothalamo pituitary ovarian) axis, stated Anagha’s research paper titled 'Scope of Indian Classical Music as a Complimentary Intervention in Ayurvedic Management of Menopausal Syndrome'.

The pentatonic Madhyamavati has Madhmat Sarang as the equivalent in Hindustani classical upcountry.

The music, with its daily dose spanning a month, was composed as per cardinal texts that explored the relation of 'swara' (musical note) with 'dosha' (impurities) and 'rasa' (taste), besides the relation of melodies and rhythms with the aesthetic tastes of individuals.

“The tests were conducted during the pandemic period, along with the resultant limitations and challenges,” Anagha said. PTI