Scientists have found that N-O385 hampered the SARS-CoV-2 (COVID-19) from entering human cells through its preferred routes and eventually into the lungs. 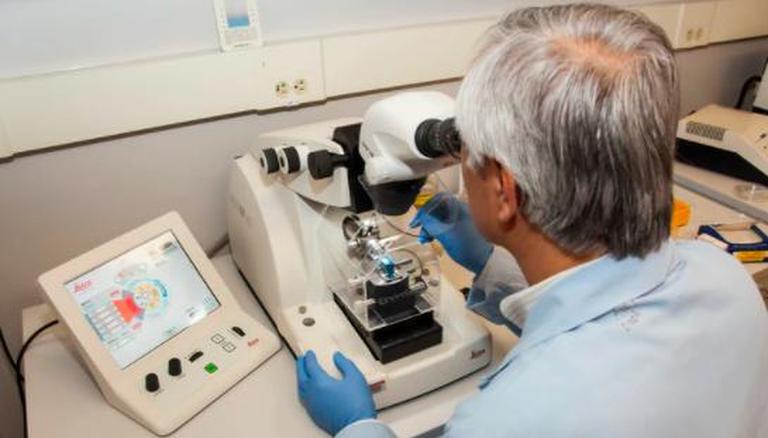 
US and Canadian researchers have tested the drug called N-0385 on genetically engineered mice infected with SARS-CoV-2 and found it effective against the coronavirus’ variants of concern (VOCs), the University of British Columbia, and Université de Sherbrooke in Quebec said in a press release early on Saturday. “Strikingly, single daily intranasal administration of N-0385 early in COVID-19 infection significantly improved weight loss and clinical outcomes,” the preprint version of the study purported as it is due to be published in a scientific journal after the peer review.

Scientists have found that N-O385 hampered the SARS-CoV-2 from entering human cells through its preferred routes and eventually into the lungs. The antiviral drug treatment was found to be effective in neutralizing both variants of concern B.1.1.7, known as the UK variant, and B.1.351, the South African variant.

“In this study, we report a novel and highly potent small molecule drug called N-0385, that acts as the most effective entry-inhibitor to date,” Dr. François Jean, a project lead and professor in the department of microbiology at UBC said in a live-streamed address. “We demonstrate that N-0385 is broadly protective against infection and mortality in mice, and believe N-0385 has potential as a viable early treatment option against emerging SARS-CoV-2 (variants of concern),” he added.

Researchers said in the study that N-0385 blocked the  enzyme that was primarily functioned with the “cutting and priming the viral protein so that it can attach and fuse with the host cell membrane, and release the virus’s genetic material.” The testing and research of the antiviral drug were funded by the Canadian Institutes of Health Research COVID-19 research grants.

“We envision a practical use of N-0385 for unvaccinated individuals or those with a high risk of exposure or severe disease outcome related to SARS-CoV-2 (variants of concern) and future emerging pathogens,” scientists in the study said.

Medical experts were testing other drugs like the N-0385 against SARS-CoV-2. The drug was tested on K18-hACE2 mice and the human ACE2 to study the cellular entry of coronavirus into the lungs. “We hope that this and related drugs may have broader applications in combating other respiratory viruses that use the same means of entry into host cells, including established coronaviruses, influenza, and other viruses,” Jean said in the news release.