A common virus that usually causes cold-like symptoms was responsible for more than 100,000 deaths in children under the age of five across the globe in 2019. 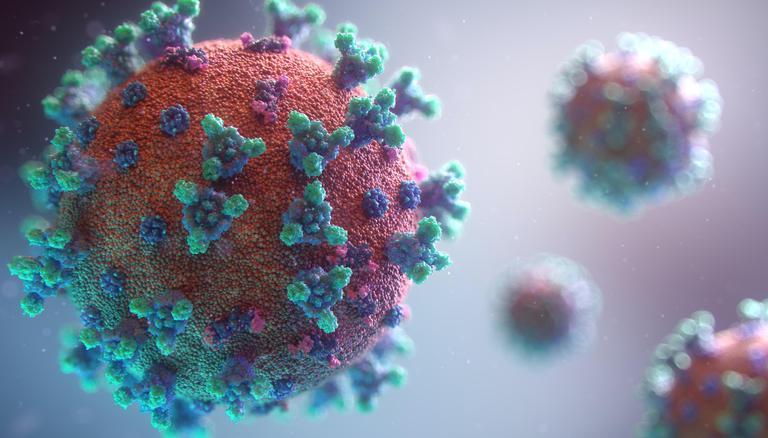 
A common virus that usually causes cold-like symptoms was responsible for more than 100,000 deaths in children under the age of five across the globe in 2019, according to a new study published in The Lancet journal.

The study is the first to examine the respiratory syncytial virus (RSV) disease burden in narrow age brackets, reporting that there were over 45,000 deaths in infants under six months old in 2019, with one in five of the total global cases of RSV occurring in this age group.

"RSV is the predominant cause of acute lower respiratory infection in young children and our updated estimates reveal that children six months and younger are particularly vulnerable, said research co-author, Harish Nair, from the University of Edinburgh, UK.

This is "especially with cases surging as COVID-19 restrictions are easing around the world and majority of the young children born in the last 2 years have never been exposed to RSV (and therefore have no immunity against this virus)," Nair said.

The researchers noted that with numerous RSV vaccine candidates in the pipeline, the estimates by narrower age ranges help to identify groups that should be prioritised.

These include pregnant people, so that children in the youngest age groups can be protected, similarly to current strategies which offer vaccines for whooping cough, typhoid, and tetanus to pregnant people, they said.

The findings are broadly consistent with previous estimates from a 2015 study, which placed the number of annual cases of RSV in children up to five years old at 33.1 million, resulting in a total of 118,200 overall deaths, the researchers said.

However, these updated calculations of RSV mortality on global, regional, and national levels for the year 2019 include modelling data from over a hundred new studies, they said.

This allowed researchers to provide estimates for narrower age groups - including from 28 days to six months old, which is known to be the age range with the highest RSV fatality rate -- and community mortality rates, i.e., deaths that did not occur in a hospital.

Across the globe in 2019, there were 33 million RSV-associated acute lower respiratory infection episodes in children under five years old, leading to 3.6 million hospital admissions, 26,300 in-hospital deaths and 101,400 RSV-attributable deaths overall, the researchers said.

This accounts for one in 50, or 2% of annual deaths from any cause in this age range, they said.

For children under six months old, there were 6.6 million RSV-associated acute lower respiratory infection episodes globally in 2019, according to the researchers.

There were 1.4 million hospital admissions, 13,300 hospital deaths and 45,700 overall deaths attributable to RSV in this age range, accounting for one in 50, or 2.1% of annual deaths from any cause, they said.

Based on estimates of in-hospital versus overall RSV mortality rates, globally only 26%, or approximately one in four RSV-associated deaths occur in a hospital.

This is particularly apparent in low- and middle-income countries, where the in-hospital case-to-fatality ratio for children under five is 1.4%, compared to 0.1% in high-income countries.

Overall, 97% of RSV deaths in children under five occurred in low- and middle-income countries.

"Our study estimates that three-quarters of RSVs deaths are happening outside of a hospital setting. This gap is even greater in LMICs, especially in children under six months old, where more than 80% of deaths are occurring in the community," said Xin Wang, co-author of the study, Nanjing Medical University, China and University of Edinburgh, UK.

"This reflects the fact that access and availability to hospital care are still limited in these regions. Early identification of cases in the community and referral for hospital admission of sick children (particularly those with low oxygen saturation in peripheral blood), and universal effective and affordable immunisation programmes will be vital going forward, Wang said.

The authors acknowledged some limitations with their study. Variations in factors such as study setting, exact case definition for acute lower respiratory infection (ALRI), health-care access and seeking behaviour, and eligibility for RSV testing could affect estimates of mortality figures produced in the modelling, they said.