Hot Dogs Can Decrease A Person's Lifespan By 36 Minutes: University Of Michigan Study

Researchers used an index that determines the net positive or negative health burden in minutes of a healthier lifestyle linked with a portion of food ingested. 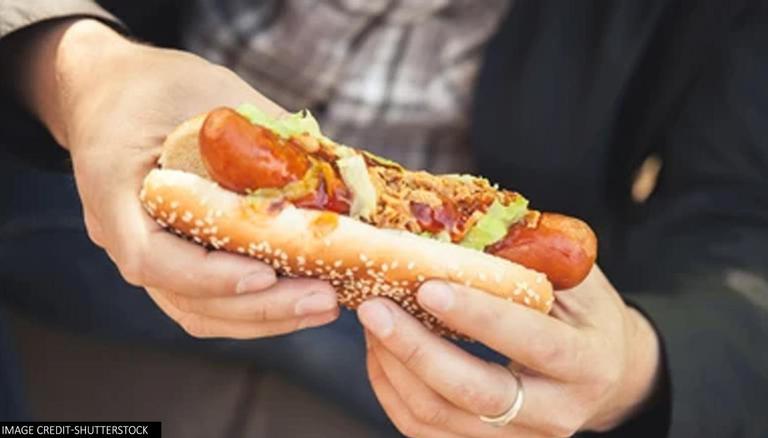 
For all those whose ultimate objective is to live a long and healthy life, a hot dog could be the last thing they'd want to consume. A recent study conducted by researchers at the University of Michigan to demonstrate the relationship between food consumed and its influence on people and the environment has revealed that eating a hot dog could take away 36 minutes from a person's life.

As per the study, published in the journal, Nature Food, researchers said that the presence of salt and dangerous unsaturated fatty acid in several popular fast foods could shorten a person's lifespan.

To come to their conclusion, researchers used a Health Nutritional Index (HENI), an adaptation of the 2016 Global Burden of Disease study which is used to determine the net positive or negative health burden in minutes of healthier lifestyle linked with a portion of food ingested.

More about processed food and vegetables

The HENI is a composite of 15 dietary risk indicators which combine with the nutritious profiles of foods as well as the environmental factors utilised in the preparation. Already prepared meat, shrimp, steak, lamb, bacon, and greenhouse-produced vegetables and fruits, according to the research, have the maximum detrimental health effects. The most favourable food products are those that are nutrient-dense, such as field-grown fruits and vegetables, grains, lentils, and low-impact seafood.

Effects of eating a Hot dog

The research's results included almost 5,000 items in the American diet that were categorised by health risks such as fear of heart disease, cardiovascular diseases, cancer and environmental consequences. The time obtained per serving for the meals examined varied from 74 to 80 minutes. Hot dogs, fizzy beverages, hamburgers, and sandwiches take away the majority of minutes of healthy living. Fruits, non-starchy and varied veggies, prepared grains, and ready-to-eat cereals were shown to be the most effective.

Due to the presence of salt and dangerous unsaturated fatty acid, researchers discovered that consuming one 85-gram plate of chicken wings could take away 33 minutes of a person's life. A beef hot dog can take away 36 minutes from a person's life due to the largely negative impact of prepared meat. On the good side, the researchers discovered that eating jelly sandwiches with peanut butter led to a 33-minute increase. Grilled salmon, salty peanuts, and rice with beans were similarly associated with a 10-to-15-minute rise in lifespan.

READ | Japanese study suggests dogs can distinguish between humans based on honesty; Here's how

Researchers also divided meals into categories based on their nutritional and environmental effects, as well as their influence on shortened global warming. Lastly, the researchers discovered that shifting 10% of daily caloric intake from already processed meat to fresh vegetables, fruits, and other plant-based foods might result in considerable health benefits. The study reported a daily gain of 48 minutes per person and a 33% reduction in diet environmental impact.