Cocktails reduce the risk of hospitalisation or fatality in high-risk patients by about 70%, lower the infection risk within a patient's family members by 80% 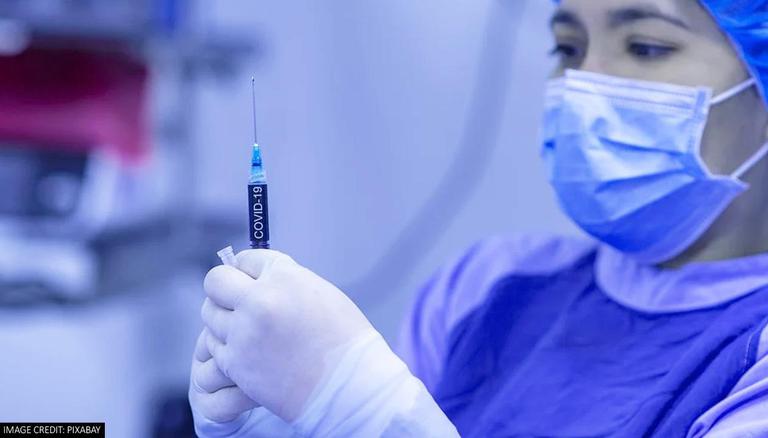 
As cases of delta variant are rapidly increasing across the United States, the monoclonal antibody cocktail treatment is becoming a more common and routine medical response in COVID-19 patients at high risk of developing serious illness. Former US  President Donald Trump was administered the combination of two monoclonal antibodies when he tested positive for the virus last year. The most highlighted tagline for the special treatment -- "GET TESTED. GET TREATED. CRUSH COVID" -- was written outside a trailer of a health facility in the US, which features comfy recliner chairs where patients can receive this treatment.

More about the Antibody Cocktails

However, now this mixture is quickly becoming a more regular, perhaps standard medical treatment to a positive coronavirus test in a high-risk patient, due to the delta variant increase. According to Regeneron Pharmaceuticals Inc.'s latest tally, the federal and state governments are pushing it, especially in hard-hit areas, and consumption has grown from a drip to more than 120,000 doses each week.

Recent research showed that the company's mixture reduces the risk of hospitalisation or fatality in high-risk patients by about 70 per cent, and can lower the infection risk within a patient's family members by upwards of 80 per cent.

An infectious disease expert at UMass Memorial Health in Worcester, Sandeep Jubbal, who manages the trailer-based health facility "Crush Covid" unit that debuted in mid-July, said that this is significant. He further said despite the fact that the cocktail is only approved for emergency usage, people have been contacting and thanking him to express their gratitude.

READ | California Assembly to require vaccine for its employees

According to scientists, monoclonal mixtures are not a replacement for vaccination. This therapy is mostly focused on individuals whose health problems, age, or weight put them at a very high risk of developing a serious illness. However, eligibility encompasses many more average risk factors, such as being overweight, that over 70 per cent of the population of the United States affected.

READ | Sources: US to recommend COVID vaccine boosters at 8 months

According to Jubbal of UMass Memorial, as soon as a patient exhibits symptoms, they should test and contact their primary-care physician to examine the eligibility of the mixture. The antibody therapies are meant to be administered within 10 days of onset of symptoms. It will be too late if a patient needs oxygen.

READ | Moment: No vaccine unless it is mandatory, says Stefanos Tsitsipas

Monoclonal antibodies, or "mAbs," are tailor-made proteins that combat Covid by attaching to the virus and preventing it from entering and reproducing in healthy cells.

Earlier, bamlanivimab, another monoclonal antibody, has been taken off the market because of its ineffectiveness against some subsequent strains. On the other hand, The Regeneron combination is said to act upon delta and other circulating variations.

Regeneron's chief executive officer, Leonard Schleifer said that the mixture was above 50,000 doses a week about two weeks ago. But it has surpassed 100,000 orders in the previous week, and it surpassed 120,000 this week.

According to him, the majority of those dosages are heading to places that have been badly impacted by the delta surge, including Florida, Louisiana, and Texas. From a mobile-health facility in Sumter County, Georgia, to increased antibody availability at McLeod Health in the Carolinas, the use of the cocktails is growing across the country.

Know how Antibody Cocktails are given

According to Inga Lennes, the physician and executive in Masachusets General Hospital said that the necessity to administer the concoctions by intravenous infusion has long been a key barrier. Now, a new method of administration is being considered: four rapid injections, one in each limb, supported by emergency authorisation and current data.

Patients who receive the injections must still be monitored for an hour thereafter at risk of an allergic response. However, there are fewer logistical problems with infusions, which require specialised personnel, equipment, and expertise, as well as a half-hour or more to drip.

The approach has been heard from government officials in recent days, including White House aide Marcella Nunez-Smith. She told the media on Thursday that vaccination is crucial, however, if one is diagnosed with COVID-19 and is at high risk, she reassured that these Monoclonal antibody treatments are effective. They are risk-free and completely free. They keep individuals alive by keeping them out of the hospital.

Previously, the FDA granted Regeneron's cocktail emergency permission late last month, allowing it to be utilised as a preventative in high-risk patients who have been susceptible to COVID or who reside in high-risk environments such as hospitals. According to Regeneron's Schleifer, the new preventative use is similar to a morning-after tablet, but it should only be administered after a known, extended exposure, not after casual contacts.

WE RECOMMEND
COVID-19: Around 1,900 children hospitalised in US amid surge in Delta cases
Maharashtra: COVID-19 Delta plus variant infects 66 in state, 5 reported dead
US: Oregon governor deploys National Guard Troops to support hospitals amid Delta surge
COVID-19: Delta variant may continue to spread in China, warns official
Sri Lanka banks on vaccination to see it through delta surge