Four Largest Football Stadiums In The World In Terms Of Size

ALSO READ: Football Stadiums In UK That Every Football Lover Should Visit Once

Rungrado 1st of May Stadium

Rungrado 1st of May Stadium is the largest football stadium in the world which is located in Pyongyang, North Korea. The stadium has a capacity of 114,000 spectators. The construction of the stadium was completed in the year 1989, and it is used mainly for soccer matches and athletic events. 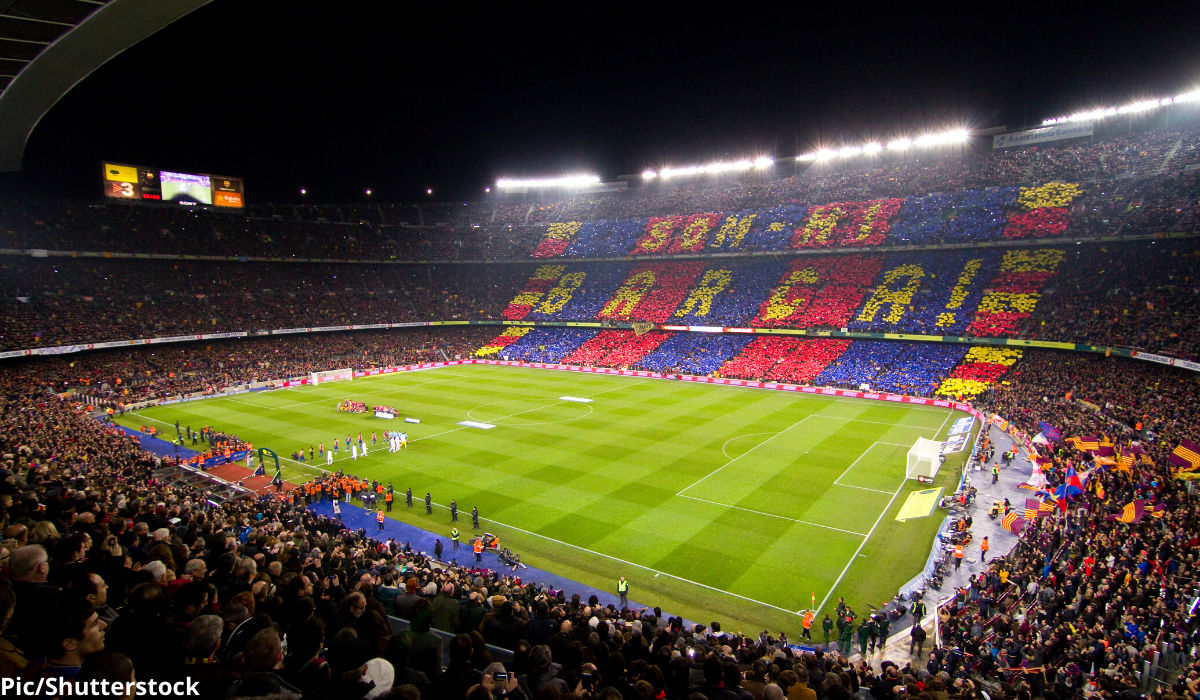 With a seating capacity of 99,354, Camp Nou is the one of the biggest soccer stadiums in the world. Located in Barcelona, Spain, the stadium is the home stadium of FC Barcelona. The construction of Camp Nou was completed in the year 1957 and in the same year, it became the biggest stadium in Europe.

The First National Bank Stadium (FNB Stadium) in Johannesburg, South Africa is considered as one of the largest football stadiums in Africa. The ground has a seating capacity of 94,736. Earlier, the stadium hosted the 2010 FIFA World Cup final match which held between Netherlands and Spain. The stadium also featured the last public appearance of Nelson Mandela during the final closing ceremony of the World Cup.

PEOPLE HAVE PLEDGED SO FAR
Museums are now at your fingertips with the Google Arts And Culture App
Travel face masks, sunscreen and other beauty products to use while travelling
Bangalore photo guide to help you find the most perfect, Insta-worthy places in the city
Bollywood's love for Jaipur is real and THESE movies are proof
Roadtrips in India inspired by Bollywood movies like Piku, Highway & Jab We Met
DO NOT MISS
ICMR ON AIRBORNE TRANSMISSION
BMC APPOINTS 'CONTAINMENT OFFICER'
SUDARHAN PATNAIK ON PM'S APPEAL
ROHIT URGES INDIA TO UNITE
HIMACHAL DGP WARNS MARKAZ ATTENDEES
CRPF'S SPECIAL COVID-19 SONG