A note against Justice D Y Chandrachud is being made viral by some with a deliberate intention to create a controversy on the eve of his elevation as the CJI. 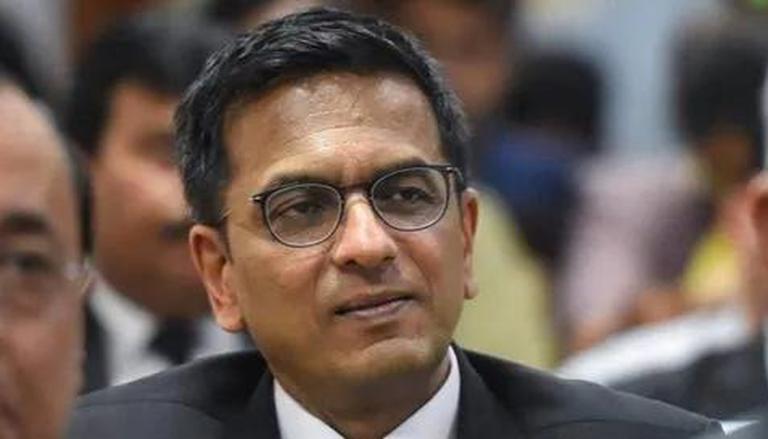 
A note against Justice D Y Chandrachud is being made viral by some with a deliberate intention to create a controversy on the eve of Justice Chandrachud’s elevation as the Chief Justice of India. This intentional note is doing the rounds a day after a lawyer R K Pathan accused Justice Chandrachud of passing orders to help his son’s clients get a reprieve in court matters. The scurrilous and malicious attack is nothing but a devious and systematic attempt to interfere with the functioning of the highest court as well as the administration of justice.

I am glad that the Bar Council of India has strongly condemned and deprecated the machinations and manner in which some people are trying to tarnish the image of a Supreme Court judge who is known for his independence, integrity and clean administration as a judge of superior courts. This growing tendency to checkmate judges and put pressure on them on the eve of their elevation is not only a matter of serious concern for the judiciary but for the Indian democracy too. Every Bar Association should take this seriously and condemn such scurrilous and malicious attacks on judges made with ulterior motives and prejudice.

Vice President of India Jagdeep Dhankar in his public speech after being elected to the post had said that “ the recent trend of publicly targeting judges was pernicious and unfortunate. The dignity of judges and respect for the judiciary is inviolable as these are fundamentals of rule of law and constitutionalism”. During his speech at the event, the Vice President also vouched for a fair and independent judiciary and said, “Spinally strong, fair, and independent justice system is the safest guarantee for blossoming and flourishing of democratic values”.

Attack on judges has become a favourite pastime and routine for those with hidden agendas. This is an ‘emergency mindset’ to attempt to have a ‘committed judiciary’. Almost on a daily basis Judges are being badgered on social media with some intention or the other attributed to their pronouncements. This must end. It will do good to remember that we are destroying an institution. We need to acknowledge and credit them for functioning under tremendous pressure. This continuous rumour-mongering about judges of superior courts has become a routine affair for some who place their own personal, vested interests above an institution.

Devaluing an institution as remarkable as the judiciary is bound to have disastrous consequences in the future and hence these pernicious attacks and rumour-mongering must end. For the past six months rumours have it that Justice D Y Chandrachud will not be elevated as the Chief Justice of India and interested parties were vouching that the government does not want him as CJI. As far as I know, Prime Minister Modi’s government has not acted to supersede a single judge of superior courts while considering the elevation of Chief Justices of High Courts as well as the Supreme Court during its tenure.

The present attempt is perhaps part of this game plan. While all this is happening, the Law Minister of India as per the MoP on the appointment of the Chief Justice of India and Supreme Court Judges, sent a letter to the Chief Justice of India for sending his recommendation for the appointment of his successor. A collective effort is essential to put an end to any machinations that devalue our judges and judiciary.

This story is written by senior advocate Rajiv Chavan. He served as the President of the Advocates Association of Western India from 2013-2015 and 2015-2018.

(Disclaimer: The views and opinions expressed within this article are the personal opinions of the author. The facts, analysis, assumptions, and perspectives appearing in the article do not reflect the views of Republic TV/ Republic World/ ARG Outlier Media Pvt. Ltd.)