With FATF having a broad international focus, NMFT aimed more at plugging terror funding channels on the ground. 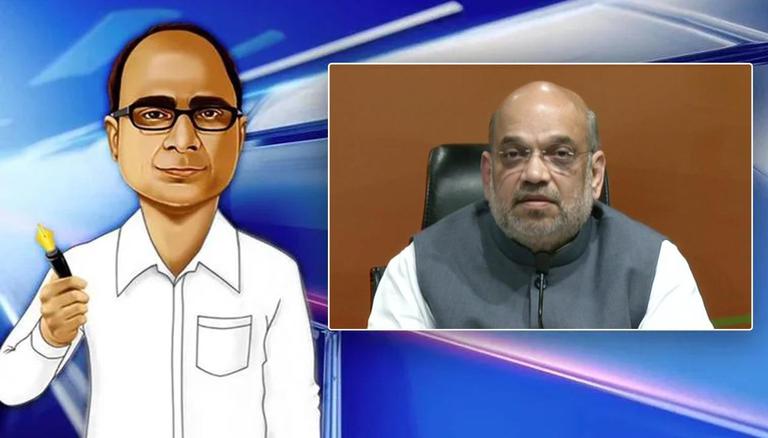 India is all set to take the leadership role in the global fight against terrorism with a special focus on clipping the wings of terror activities at the source – terror funding and finance - which bankroll acts of terrorism around the world. To that end, India announced on Saturday its willingness to host the international secretariat of the No Money For Terror (NMFT) platform aimed at countering terror finance.

Speaking at the third ministerial conference of the mechanism, Union Home Minister Amit Shah offered India’s expertise in dealing with terrorism and related activities and told the gathering of 400 plus delegates from over 50 countries that NMFT Secretariat could be headquartered in New Delhi. The gathering saw the participation of Interior Ministers of at least 20 nations, apart from officials and experts directly involved in countering terrorism and terror finance in their respective jurisdictions.

Sources informed that NMFT would be different from the Paris headquartered Financial Action Task Force (FATF), or the UN-run United Nations Office on Drugs and Crime (UNODC), focusing more on the actual funding and financing channels of designated terrorist organizations as also platforms acting as conduits for terror activities in the name of social service.

India is aiming to leverage the expertise that our security agencies have marshalled over decades fighting terror from Jammu and Kashmir to the Northeast, and left-wing extremism in between. “Our success in dealing with these security situations is worth sharing with the world. As Home Minister said in his address, terrorism is a scourge that must be fought collectively and not alone,” informed an officer, adding that the details are being thrashed out in consultation with participating countries with half a dozen of them endorsing India’s leadership for NMFT.

Those in the know suggested that Pakistan getting off the hook at FATF last month might have played a role in the move with Indian security agencies concerned at a possible spike in Pakistan-origin terror activity.

“We are already picking up signs of an increase in activities associated with terror like funding channels getting created, individuals getting active, more recruitments happening. It’s a concern that has guided our thoughts on this for a while,” informed a senior official privy to the thinking at the top of India’s security architecture. “That is the reason why we think NMFT should be based out of New Delhi. The Prime Minister liked the idea and that is the reason he was himself present at the inaugural,” he added.

NMFT began with France taking the lead in 2018, and then Australia picked the tab for the second conference in 2019. After the COVID hiatus, India volunteered for the third meet which happened in New Delhi for two days on Friday and Saturday. The deliberations held would be compiled into a more concrete structure over the next few months, and the next conference location decided soon as half a dozen countries have shown interest. Giving contours of what NMFT could do while speaking at the concluding session, Home Minister Shah said that India has dealt with capping organizations fronting as social service platforms but involved in radicalization and terror funding. Shah was clearly talking about the recent crackdown against the Popular Front of India (PFI) without naming the organization.

In a highly nuanced address during the inaugural session, Prime Minister Narendra Modi called for all states and agencies to be on the same wavelength to deal with hydra-headed menace of terrorism, emphasizing on technological collaboration between partnering nations. “The infrastructure used for cyber terrorism and online radicalisation is distributed while some entities also train the terrorists with weapons from remote locations as well as online resources. Communications, travel, logistics - there are many links of the chain in different countries, and we must come together to deal with those parts of the chain,” he had said, adding that terrorists should not be allowed to misuse differences in legal principles, procedures, and processes in different countries.

India’s full backing of the initiative can be seen from the fact that the entire top establishment was present during the two days of the conference. While Prime Minister inaugurated the event, Home Minister Amit Shah addressed and chaired two sessions, apart from holding half a dozen bilateral meetings with the visiting ministers. External Affairs Minister Dr. S Jaishankar also addressed one plenary underscoring the failure of existing UN-led mechanisms in combating terrorism in the face of the proclivity of some states to weaponize terrorism as a state policy. National Security Advisor Ajit Doval was present during both the opening and closing sessions of the NMFT conference.