After Five Delays, SpaceX Hopes To Launch 54 Starlink Satellites On Sept 19; How To Watch?

SpaceX is targeting the launch of Falcon 9 with 54 Starlink satellites from the Cape Canaveral Space Force Station when the launch window opens at 5:48 am IST. 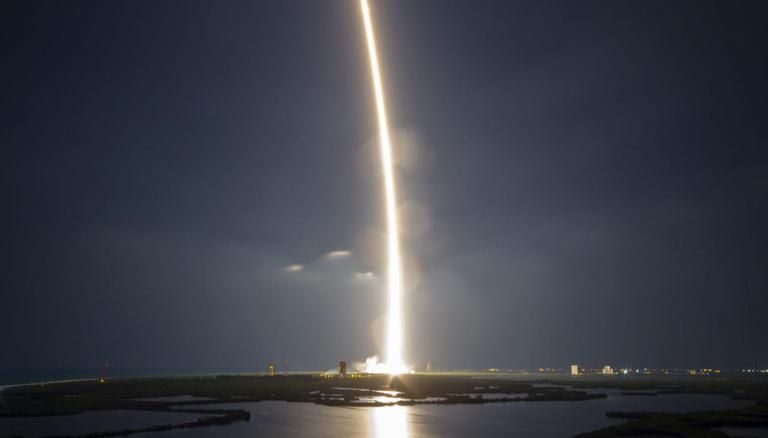 
SpaceX is now targeting the launch of its Starlink mission on September 19 as the weather is preventing Falcon 9 from lifting off. The two-stage rocket will lift off with 54 new Starlink satellites from the Cape Canaveral Space Force Station when the launch window opens at 5:48 am IST.

Roughly nine minutes after the launch, the first stage Falcon 9 booster will land on ‘Just Read The Instructions’ droneship stationed in the Atlantic Ocean. Originally slated for lift-off on September 14, the mission has been delayed five times due to unfavourable weather around the launch pad in Florida. You can watch the launch on SpaceX's official social media handles when the live webcast begins five minutes prior to the launch.

According to SpaceX, the Falcon 9 booster being used for this mission will fly for the sixth time. Prior to the forthcoming launch, the booster has supported the Turksat 5B mission, along with NASA's Commercial Resupply Services-22 (CRS-22) and the Commercial Resupply Services-25 (CRS-25) to the International Space Station (ISS). In addition to this, it has also supported two manned missions to transport four astronauts to the space station under Crew-3 and Crew-4 in November 2021, and April this year.

If successful, SpaceX would complete 42 orbital missions this year, far more than its previous record of 31 launches in a year it made in 2021. Recently, the company made a reusability record by flying and landing a Falcon 9 booster 14 times.

READ | After ISRO and SpaceX, OneWeb partners with Arianespace to launch remaining satellites

Russia recently issued a complaint against Starlink satellites, which are being allegedly used for military purposes. During a United Nations meeting on reducing space threats earlier this week, a Russian official named Konstantin Vorontsov, without naming Starlink said that "the United States and its allies" are using satellites for military use which "may become a legitimate target for retaliation".

Notably, the Starlink constellation has over 2,800 satellites and many are parked over Ukraine to provide internet services in the country owing to the disruption of communication after Russia's attack. A few days after Russia's statements, SpaceX CEO Elon Musk tweeted that "Starlink is for peaceful use only", which presumably was a response to the former.

Starlink is meant for peaceful use only