Can Russia Leave International Space Station After 2024? Here's What The Intl Law Says 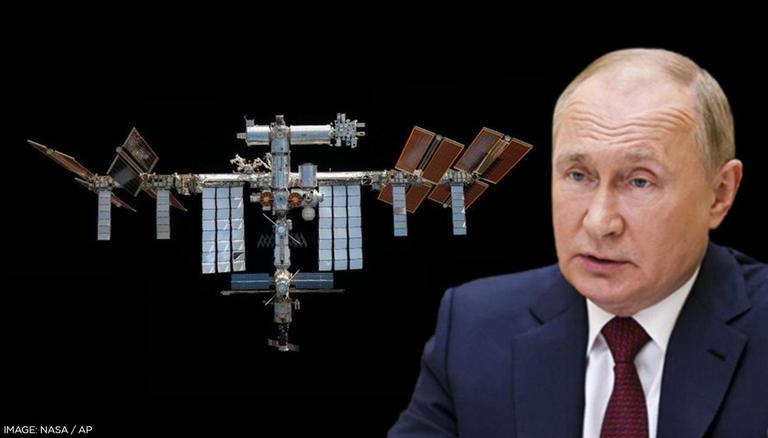 
Roscosmos is adamant to leave the International Space Station (ISS) after 2024 owing to the rift created between Russia and the western nations. Roscosmos Director-General Yuri Borisov, on Tuesday, confirmed that the decision to exit the ISS has been made, an announcement which according to the US is an "unfortunate development". However, there are some parameters that might extend Russia's deadline of departure.

What does international law say?

While Russia is aiming to end space cooperation in the next two years, the Intergovernmental Agreement (IGA), which binds the members of the ISS, states that a member cannot complete its exit without giving at least one-year prior notice to other members. The agreement applies to five members of the space station-- NASA, the European Space Agency (ESA), the Canadian Space Agency (CSA), Japan Aerospace Exploration Agency (JAXA) and Roscosmos.

"If a partner gives notice of withdrawal from this agreement (of ISS cooperation), with a view toward ensuring the continuation of the overall program, the partners shall endeavor to reach an agreement concerning the terms and conditions of that partner's withdrawal before the effective date of withdrawal", the IGA further states. Moreover, the member pulling out of the agreement must also ensure that the elements of the space station provided by it will be available for use by the other members.

According to the agreement, the outgoing partner "shall expeditiously provide hardware, drawings, documentation, software, spares, tooling, special test equipment, and/or any other necessary items requested by the United States". The law, however, also states that the leaving member must be adequately compensated for the transfer of elements required to continue ISS operations.

READ | US 'surprised' by Russia's decision to leave ISS, calls it 'unfortunate development'

Amid the threats of boycotting the space station, NASA confirmed that it has not received an official notification from Russia about its withdrawal. During a press briefing earlier today, Robyn Gatens, NASA's director of the ISS confirmed not receiving an "official word" from NASA and emphasised that the US and Russia have been "good partners" when it comes to operating the space station.

What's next for Russia?

Borisov recently revealed that Russia will focus on developing its Russia Orbital Service Station (ROSS) if it manages to depart from the ISS. The development of the first ROSS module is underway, courtesy of the Energia Space Rocket Corporation, and is targeted for launch in 2025. Earlier today, the Russian Defence Ministry also shared a concept video demonstrating how the new space station would look like. "It will become a top priority of domestic manned cosmonautics", the Ministry said.

#Russia will quit the International Space Station project after 2024, to begin developing its own orbital outpost. It will become a top priority of domestic manned cosmonautics. 🛰️