'Good Night Oppy' is a tribute to NASA's Opportunity rover which was designed for a 90-day mission but lasted 15 years on Mars, exceeding all expectations. 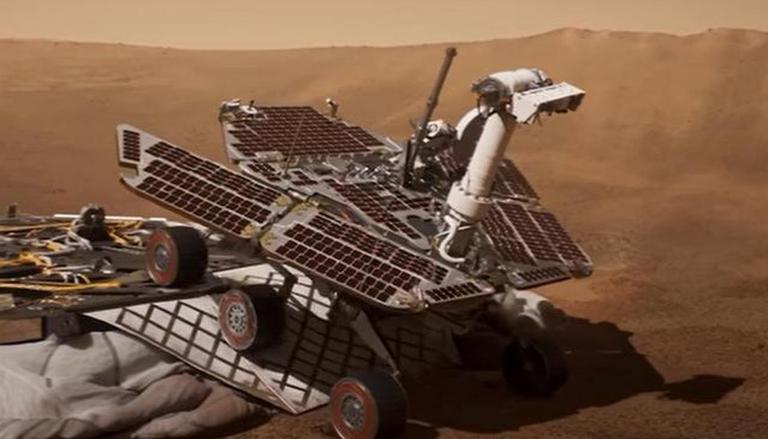 
‘Good Night Oppy’, a documentary on NASA’s Mars rover Opportunity is out now on Amazon Prime Video, offering a deep dive into how a mission exceeded all expectations. The film which first saw its theatrical release on November 4 tells the story of Opportunity which landed on Mars on January 24, 2004, for a 90-day long mission but went on to last 15 years.

Directed by Ryan White, this documentary is a tribute to Opportunity under the Academy Award-winning actress Angela Bassett's narration that depicts the iconic robotic explorer's incredible survival story. The documentary also explores how attached NASA engineers got to the rover as they described, "Yes it's only a robot, but she becomes a family member".

More about the Opportunity rover

Opportunity was accompanied by the Spirit rover which also made its Mars landing on January 3, 2004, to find signs of life and if it ever existed on the red planet. NASA says that the mission was extremely successful as each found evidence that Mars was once a wet planet and had conditions that possibly could have supported microbial life. The rover had landed at the Meridiani Planum site, a possible former lake in a giant impact crater, and met its end at the Perseverance valley.

It seems to me you lived your life
like a rover in the wind
never fading with the sunset
when the dust set in.

Your tracks will always fall here,
among Mars' reddest hills;
your candle's burned out long before
your science ever will.#ThanksOppy. I owe you so much. pic.twitter.com/x0i5WqA9sL

Opportunity, however, last communicated with mission controllers on June 10, 2018, before it fell silent forever owing to a dust storm that blanketed its solar panels and cut the power supply. "My battery is low and it's getting dark", was the last message beamed by the rover to Earth as its power kept decreasing. "Whatever loss we feel now must be tempered with the knowledge that the legacy of Opportunity continues, both on the surface of Mars with the Curiosity rover and InSight lander," Thomas Zurbuchen, former associate administrator for NASA’s Science Mission Directorate said as per CNN at the time.

According to NASA, the rover broke the record for extraterrestrial travel by driving 45.16 kilometres, more than the distance of a marathon.