James Webb Space Telescope's 5th Day In Space: Everything That Has Happened Till Now

The first step was to deploy the two structures, called the Forward and Aft Unitized Pallet Structures, that contain Webb's sunshield membranes and the cables 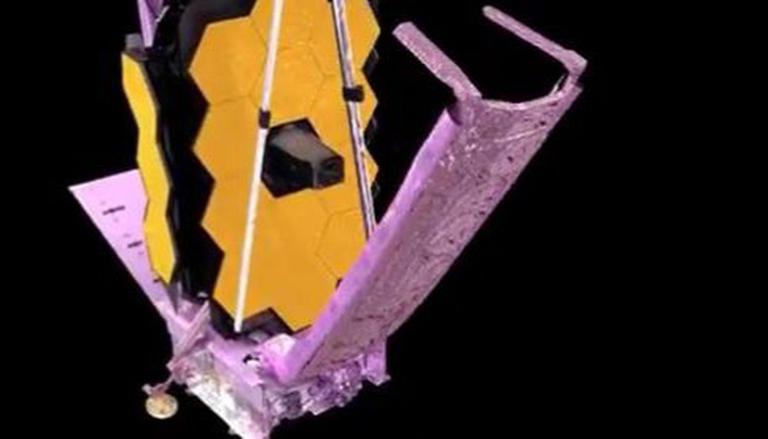 
NASA scientists have successfully completed the first step of the deployment of the James Webb Space Telescope's sun shields, the agency informed on December 29. According to NASA, the first step involved the unfolding of the forward sunshield pallet, which is a structure that protects the folded sunshields. Launched on December 25 from French Guiana's Kourou spaceport, the telescope is on its way to the second Lagrange point, which is 1.5 kilometres away from our planet.

✅ Right now, we just successfully completed the first step: unfolding the forward sunshield pallet. Think of Webb’s pallets as a cake stand that will hold 5 layers of sunshield — the cake’s layers, if you will. 🍰

Just two days after its launch, the James Webb Space Telescope crossed the altitude of the Moon. As of December 28, Webb had completed almost 32% of its journey towards L2 while travelling at a speed of one kilometre per second. During its crossing, the scientists had also conducted a mid-course correction burn to fine-tune the telescope with its trajectory.

As mentioned above, the first step was to deploy the two structures, called the Forward and Aft Unitized Pallet Structures, that contain Webb's sunshield membranes and the cables, pulleys, and release mechanisms that make up the sunshield. According to a blog post by NASA, the scientists were able to deploy the forward pallet four hours after the complex process began and is likely to last five more days where the engineers will deploy the aft pallet.

Needless to say, the unfolding of the forward pallet required hours of operations as it was the first time that the structure underwent movement since its final unfolding and deployment test in December 2020. Over the next five days, the scientists will look to fully unfurl the five sunshield membranes of Webb, which NASA calls a "process that will ultimately determine the mission’s ability to succeed". The complete unfurling of the sunshields is necessary as their job is to keep Webb’s telescope and instruments extremely cold, something which would allow the telescope to observe the universe. Henceforth, the steps ahead include an extension of the Deployable Tower Assembly, the release of sunshield covers, the extension of the mid-booms and finally tensioning of the five layers for complete unfurling.

Where is Webb now?

After crossing the Moon on Monday, the Webb telescope is now over 3,41,00 kilometers from the Earth and has covered 37% of the total distance to the second Lagrange point. Currently on the fourth day of its journey, the telescope is cruising at a speed of 0.5 miles per second, as per the latest update. Once the sunshields are deployed, the scientists will unfold the primary mirrors of the telescope and it will begin its operations only after its instruments have undergone a few months of testing.