A trio of Japanese & Russian space tourists from ISS made a soft landing on Earth in Kazakhstan around 10:13 pm (local time) on Dec19. Read on 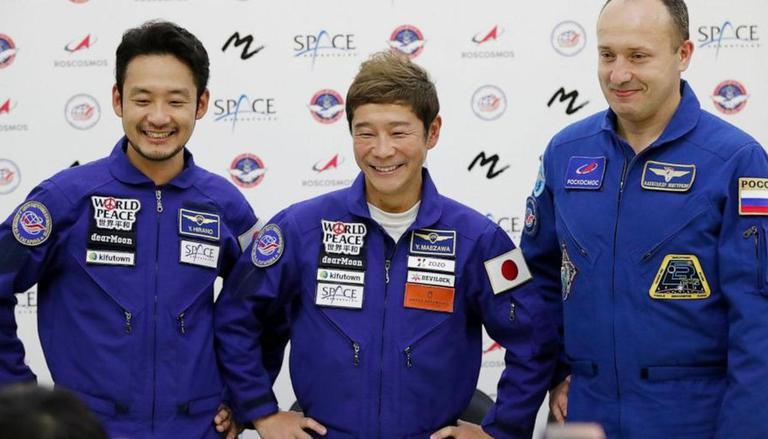 
A trio of Japanese and Russian space tourists, who disembarked from the International Space Station (ISS) earlier on Sunday, December 19, made a soft landing on Earth in Kazakhstan around 10:13 pm (local time) on the same day.

The prime crew including Russian cosmonaut Alexander Misurkin along with Japanese spaceflight participants - business tycoon Yusaku Maezawa and his video producer Yozo Hirano, landed on Earth in a Russian Soyuz capsule in the steppes of Kazakhstan, about 148 kilometres southeast of Zhezkazgan. The Japanese crew wrapped up the 11-day self-paid tour to the ISS.

"The trio departed the International Space Station in their Soyuz MS-20 spacecraft at 6:50 p.m," the National Aeronautics and Space Administration (NASA) announced in its blog post.

The three members aboard the Soyuz MS-20 crew ship landed back on Earth today around 10:13 pm ET completing an 11-day station mission. https://t.co/cHxruGmEfx

The said trio launched into the space in a Soyuz MS-20 space transport at 7:38 GMT on December 8 and landed at the International Space Station (ISS) at 13:41 GMT on the same day. Apart from the prime crew, the trip also included Roscosmos cosmonaut Alexander Skvortsov and space flight participant Shun Ogiso.

It is pertinent to mention that 49-year-old business tycoon Maezawa became the first space tourist to travel to the ISS with Roscosmos since Guy Laliberte (co-founder of Cirque du Soleil) in 2009, AP reported. Maezawa is a retail fashion business magnate who launched online fashion mall Zozotown. During their stay, Hirono shot videos of Maezawa for the latter’s YouTube channel.

Narrating his experience via a video call from orbiting ISS with the Associated Press last week, Maezawa said, "Once you are in space, you realize how much it is worth it by having this amazing experience."

The spaceflight came about two months after the Russian film crew, including actor Yulia Pereslid and film director Klim Shipenko, returned to Earth after spending 12 days aboard the ISS. Currently staying behind at the station are NASA astronaut Raja Chari, Thomas Mashburn, Kayla Barron, and Mark Vande Hei. Additionally, Russian cosmonaut Anton Shkaplerov and Pyotr Dubrov, and Matthias Maurer from European Space Agency are also aboard the ISS.