Keck Observatory astronomers have released the most detailed image of a star-forming region in the Orion constellation about 1,350 light-years away. 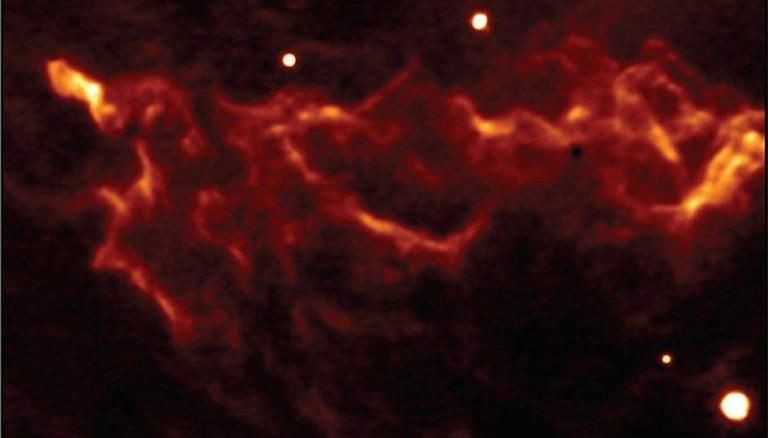 
A team of astronomers operating the W.M Keck Observatory in Hawai’i Island has photographed the Orion constellation’s star-forming region in the most detailed form ever. According to an official statement by the Keck Observatory, this irradiated neutral zone is called a Photo-Dissociation Region (PDR) and is located 1,350 light-years away from Earth. Identified as an active star-forming site, this region can be found in the middle of the “sword” hanging from Orion's belt.

A @NASAWebb team using @KeckObservatory has captured the most detailed infrared images yet of the Photo-Dissociation Region (PDR) in Orion's 'sword.' These pathfinder observations feed right into #JWST’s plans to probe Orion’s PDR in the next few weeks 👉https://t.co/YHTjRBZ5WP pic.twitter.com/l1g4sv9trn

The astronomers say that the observations using the Keck Observatory will be followed by those using the James Webb space telescope (JWST) which would peer further deep into the thick cosmic dust using its infrared capabilities.

During the recent observations, the research team combined the observatory's second-generation Near-Infrared Camera (NIRC2) with the Keck II telescope’s adaptive optics system to photograph the PDR in exquisite detail. This helped the astronomers distinguish the Orion Bar’s different substructures– such as ridges, filaments, globules, and externally illuminated photoevaporating disks around young stars called proplyds. These proplyds are said to have formed after starlight blasted and sculpted the nebula’s mixture of gas and dust.

The image above also shows the gas-rich regions that have been previously photographed using the NASA-ESA Hubble space telescope.

"Never before have we been able to observe at a small scale how interstellar matter structures depend on their environments, particularly how planetary systems could form in environments strongly irradiated by massive stars,” Emilie Habart, an associate professor at Paris-Saclay University said in a statement. “This may allow us to better understand the heritage of the interstellar medium in planetary systems, namely our origins.

This PDR in question is the region where Orion gets zapped with ultraviolet (UV) radiation from massive young stars which have the ability to affect the physics and chemistry of their local environment. Meanwhile, the study, which will be published in the journal Astronomy & Astrophysics, is awaiting the addition of more data from the James Webb telescope. "JWST will be able to dive deeper into the Orion Bar and other PDRs, and Keck will be instrumental in validating JWST’s early science results", Keck Observatory astronomer and study co-author Carlos Alvarez said.