NASA Expert Predicts Humans Will Land On Asteroids Within 50 Years, On Mars By 2037

NASA scientist Jonathan Jiang has predicted that human space exploration will expand from the Moon to Mars, asteroids and eventually to Saturn by 2032. 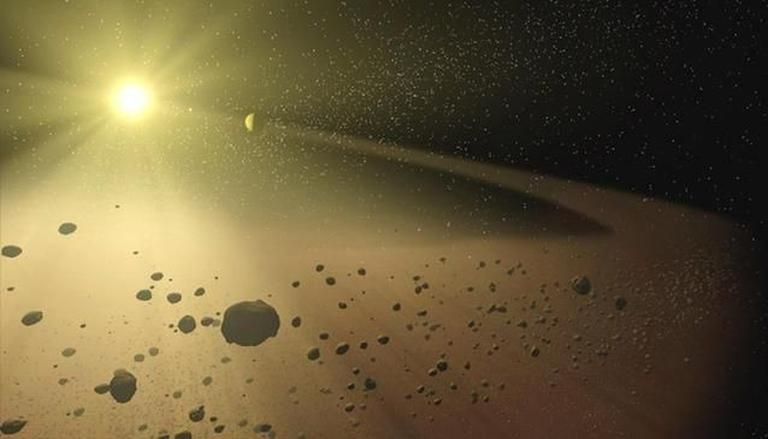 
As scientists prepare to expand the reach of humans beyond the low-Earth orbit, a group of experts has made a bold claim. Jonathan Jiang, the principal scientist at NASA’s Jet Propulsion Laboratory (JPL) has predicted in his new study that humans will reach the asteroid belt within the next 50 years or so. The asteroid belt is the region between Mars and Jupiter, however, Jiang said that this would only be possible if we could land on the red planet before 2040. Jiang, along with his colleagues, prepared his study named Impact of Economic Constraints on the Projected Timeframe for Human-Crewed Deep Space Exploration which is currently under the review process.

The rate of technological advancement would be a huge factor

In a conversation with Interesting Engineering, Jiang explained that his prediction is based on the model that analyses the rate of budget expansion in the space sector as well as the rate of technological advancement. With the existing technology, we have been able to send a few missions to asteroids and have rovers operating on Mars. However, humanity’s presence on Mars and even the Moon is long-awaited.

Jiang and his team note in their study that the technology will continue to evolve over time and this would decide the pace of humanity’s expansion into outer space. He also highlighted that budgets set aside for space exploration will always impact deep space exploration as it is influenced by national or international scale investment. “At the same time, we've also considered hindrances - computers were used to simulate the possibility of nuclear wars, climate change, and pandemic outbreaks that could slow down progress”, Jiang said, according to Interesting Engineering.

The team has laid out a full timeline on where humans would mark our presence next and in which year. According to the experts, the order of our outer space activity starts from Moon, followed by Mars, the asteroid belt, Jupiter and Saturn. Jiang said that if all goes well, we would build a base on the Moon in this decade or the early years of the next one, land on Mars in 2037, on asteroids in 2073 followed by Jupiter and Saturn in 2031 and 2132, respectively.

Jiang revealed that he is a believer in cosmologist Stephen Hawking’s theory that humans must leave the planet in the next 200 years as it has limited resources and climate variations.