NASA, in its recent announcement, revealed that the agency is targeting the launch of its CAPSTONE mission to the Moon no earlier than June 6. 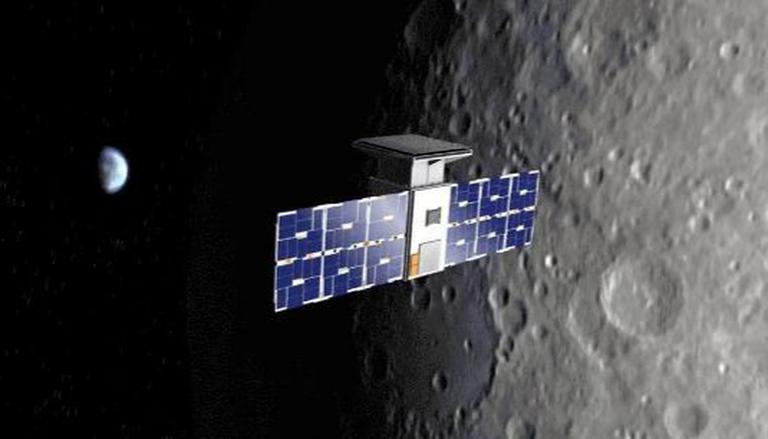 
NASA, in its recent announcement, revealed that the agency is targeting the launch of its CAPSTONE mission to the Moon no earlier than June 6. Short for the Cislunar Autonomous Positioning System Technology Operations and Navigation Experiment, CAPSTONE is a CubeSat that will be lofted into orbit using RocketLab's Electron rocket from Launch Complex 1 (LC-1) on the Mahia Peninsula of New Zealand.

"We will continually evaluate the date for the first target launch attempt within the launch period, which extends to June 22", NASA said in its mission update.

LAUNCH UPDATE: #CAPSTONE will be Moon-bound no earlier than June 6 UTC. @NASA, @AdvancedSpace, & @RocketLab continue to prepare for launch while conducting final mission readiness checks.
Get the latest: https://t.co/BANcggYnsZ pic.twitter.com/QLgjTlloZO

With this mission, NASA aims to gather data about the elongated and halo-shaped "near rectilinear halo orbit" (NRHO) around the Moon. The US space agency says that this mission would pave way for the next moon landing as it would help in the installation of the Lunar Gateway, a space station between the Moon and the Earth. NASA has chosen the NHRO because it is a "gravitational sweet spot" in space as the gravitational pull of the Earth and the Moon balance each other resulting in a nearly-stable orbit.

The best kind of unboxing 🎁

🛰️ CAPSTONE arrives at Launch Complex 1 ready for integration with Photon and Electron ahead of the journey to the Moon. pic.twitter.com/onViwIByY7

The CAPSTONE CubeSat is the size of a microwave oven and will study the lunar orbit for at least six months. During its operation, CAPSTONE will collect data near the Moon as it drifts as far as 76,000 kilometres from the lunar surface and comes as close as 3,400 kilometres over the lunar north pole in a week. Notably, the CubeSat will circle the Moon in the same orbit which has been planned for the Gateway. The mission, which has received funding worth $13.7 million from NASA, will be the first wherein a spacecraft would test this lunar orbit.

READ | What is CAPSTONE? All about NASA's mission that would decide lunar space station's fate

With wet dress rehearsal now complete and payload integration getting underway, we’re targeting no earlier than June 6 UTC for the CAPSTONE launch! Final readiness checks are underway on the new systems for this mission, including our very first lunar Photon spacecraft 🛰 pic.twitter.com/EMUiG11nyD

The forthcoming lunar mission is extremely crucial for RocketLab as it would be the company's first-ever beyond the low-Earth orbit. The launch service providing firm is using its 59 feet-tall Electron rocket, which would be the smallest rocket to attempt a launch to the Moon.

The satellite had arrived at the launch site earlier this week after being shipped from the US and is currently in the integration phase with the rocket. Notably, RocketLab has a couple more interplanetary missions lined up - the ESCAPADE mission to Mars in 2024 and a private mission to Venus in 2023.

WE RECOMMEND
NASA’s Orion capsule to be visible in sci-fi-like view on Artemis I moon trip; here's how
NASA’s Boeing Starliner launch to ISS set for May 20; here’s how to watch live
NASA develops objectives for first mission to Mars; reveals how astronauts will live
NASA says ‘something weird is going on’ after Hubble’s new finding on expanding universe
NASA's Lucy spacecraft records May 16 lunar eclipse 100 million km away from Earth