NASA has picked these two companies, "Axiom Space and Collins Aerospace" for providing advanced spacewalking skills in low-Earth orbit and on the Moon 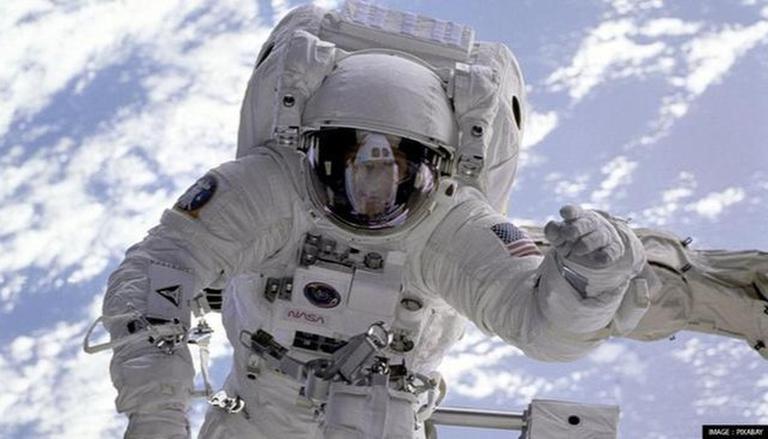 
In the latest development, the National Aeronautics and Space Administration (NASA) has chosen two companies to develop 'spacesuits' for its Artemis lunar program as well as upcoming International Space Station (ISS) operations. According to a press release, NASA has picked "Axiom Space and Collins Aerospace" for providing advanced spacewalking skills in low-Earth orbit and on the Moon by purchasing services that will equip astronauts with next-generation spacesuits and spacewalk systems to operate outside the ISS, to explore the lunar surface on Artemis missions, and to prepare for human missions to Mars.

Congratulations to Axiom Space and Collins Aerospace for being selected to move forward with their spacesuit design, which will unlock new capabilities for missions to the @Space_Station, @NASAArtemis missions to the Moon, and eventually missions to Mars. https://t.co/UDL3x7omVs pic.twitter.com/IppfBZoLXl

Under Artemis, NASA's expertise, combined with private innovation, will enable ongoing study at the orbiting laboratory as well as long-term human exploration of the Moon, which would include the landing of the first woman and the first person of colour on the surface of the moon.

Axiom Space & Collins Aerospace awarded a contract worth up to $3.5 bn to provide spacesuits

Furthermore, both the firms were chosen through a contract request for Exploration Extravehicular Activity Services (xEVAS). As per the release from NASA, during the contract's performance period through 2034, the chosen vendors would compete for task orders for operations that will provide a comprehensive spectrum of capabilities for NASA's spacewalking demands. NASA also highlighted that groups led by Axiom Space and Collins Aerospace had been awarded a contract worth up to $3.5 billion to provide spacesuits for future NASA missions through 2034.

It is pertinent to mention here that development and services for the first test outside the ISS in low-Earth orbit, as well as the Artemis III lunar landing, would be among the first task orders to be completed under the contract.

In addition to this, each partner has put a large amount of money into the development of the project, according the release. The spacesuits will be owned by the partners, who are encouraged to look for non-NASA commercial uses for the data and technology they produce with NASA. This new strategy for spacewalk services fosters a growing commercial sector for a variety of clients while also allowing NASA to utilise the same data and technology both within the agency and on future exploration program procurements.

NASA scientists established the technical and safety specifications for the spacesuits, and the selected firms agreed to satisfy these important agency requirements. Spacesuits and associated equipment will be designed, developed, qualified, certified, and manufactured by commercial partners to allow space station and Artemis missions.

READ | NASA NEO surveyor: All about the mission set up to prevent mass extinction on Earth

Mark Kirasich, the deputy associate administrator of NASA’s Artemis Campaign Development Division, said, “Our commercial partnerships will help realize our human exploration goals,” as per the release. He went on to say, “We look forward to using these services for NASA’s continued presence in low-Earth orbit and our upcoming achievement of returning American astronauts to the Moon’s surface.”

WE RECOMMEND
NASA's Parker Solar Probe heads to 'touch the sun' again during next flyby on June 2
NASA’s James Webb Space Telescope to reveal first full colour images in July
ESA's Tik-Toker astronaut shows what happens inside ISS during orbit adjustment; WATCH
NASA prepares to move ahead with next-gen spacesuit development for Artemis missions
NASA NEO surveyor: All about the mission set up to prevent mass extinction on Earth