NASA says the visuals are from when Juno completed its 41st close flyby of Jupiter and captured what it would look like to ride along with the probe. 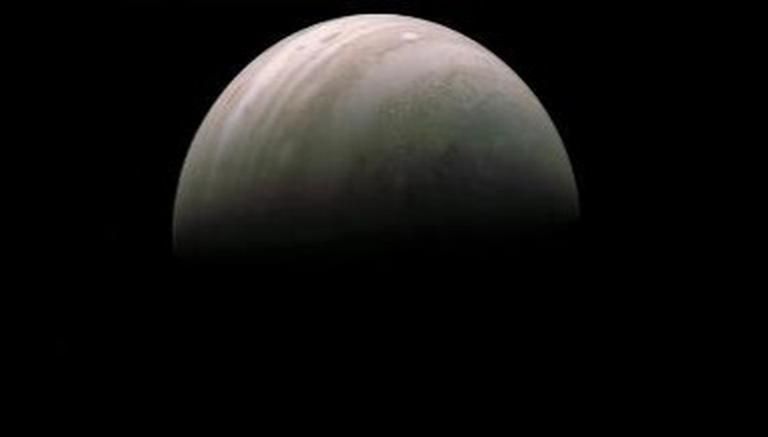 
Ever wondered how would it feel like to skim over the cloud tops of Jupiter? We finally have an answer thanks to NASA's Juno spacecraft which is hovering over the gas giant since 2016. The agency has shared an incredible animation that was created by citizen scientist Andrea Luck using the spacecraft's JunoCam instrument. The visual is from April 9, 2022, when Juno completed its 41st close flyby of Jupiter capturing what it would look like to ride along with the probe. Check out the animation below.

Take a ride with #JunoMission.@NASA's Juno spacecraft used its JunoCam instrument to capture what it would look like to skim the cloud tops of Jupiter. Citizen scientist Andrea Luck created this animated sequence using raw image data. https://t.co/tEIu9KT2ME pic.twitter.com/aQ2BaoPrUO

According to NASA, the spacecraft was just over 3,300 kilometres above Jupiter's colourful clouds when it made its closest approach on April 9. Moreover, the probe was cruising at a speed of about 2,10,000 kilometres relative to the planet which has a diameter of about 1,40,000 kilometres, the largest in our solar system.

"By comparison, at closest approach, Juno was more than 10 times closer to Jupiter than satellites in geosynchronous orbit are to Earth, travelling at a speed about five times faster than the Apollo missions did when they left Earth for the Moon", NASA said in a statement. Launched ten years ago, the Juno spacecraft has been NASA's eyes and ears around Jupiter and its Moons and has beamed back several other stunning visuals during its mission. Tap here to see more of Juno's photography.

NASA launched the mission from the Cape Canaveral Space Force Station on August 5, 2011, with an aim to enter Jupiter's orbit and use Juno's suite of scientific instruments and cameras to observe the planet's atmosphere, gravity and magnetic fields. Interestingly, Juno carries two categories of items of historical and educational significance along with nine scientific instruments. The first is a plaque provided by the Italian Space Agency that depicts a portrait of Galileo and a text in Galileo's own handwriting which was penned in January 1610.

The reason why Galileo has been given such importance is that it was this Italian astronomer who discovered Jupiter's four biggest moons, which are now known as Galilean satellites.

WE RECOMMEND
NASA selects 2 companies to develop next-gen spacesuits for use in moon & space station
NASA's Parker Solar Probe heads to 'touch the sun' again during next flyby on June 2
Perseverance rover will one day save astronauts from storms on Mars; NASA explains how
NASA’s James Webb Space Telescope to reveal first full colour images in July
NASA NEO surveyor: All about the mission set up to prevent mass extinction on Earth