NASA and Rocket Lab achieved a major milestone after the CAPSTONE CubeSat separated from the Photon spacecraft and has begun its solo journey to the Moon. 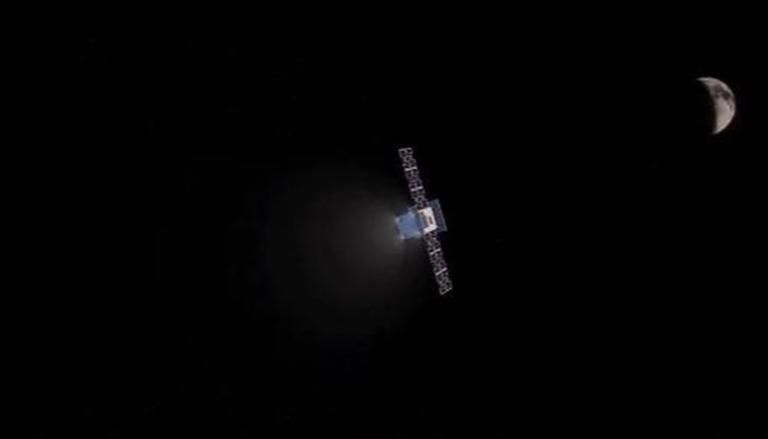 
NASA and Rocket Lab achieved a major milestone after the CAPSTONE CubeSat separated from the Photon spacecraft and has begun its solo journey to the Moon. At 12:28 pm IST today (July 4), Rocket Lab, which provided its Electron rocket for CAPSTONE's launch, announced that Photon's Hypercurie engine completed its Trans-Lunar Injection burn and shortly separated from the spacecraft. Henceforth, CAPSTONE will use its own propulsion and the Sun’s gravity to navigate throughout its four-month-long journey to eventually enter the Non-Rectilinear Halo Orbit (NRHO) around the Moon on November 13.

Our #CAPSTONE spacecraft has released from @RocketLab’s Photon upper stage and started its solo journey to the Moon. The pathfinder is scheduled to arrive at its lunar orbit on Nov. 13.
Learn more: https://t.co/hAkb461nmg pic.twitter.com/hDbeQ1XHQu

Following its launch on June 28 aboard Electron, CAPSTONE orbited Earth, attached to Rocket Lab’s Photon upper stage, which maneuvered the CubeSat into position for its journey to the Moon. The team at Rocket Lab performed seven orbit-raising burns using the Hypercurie engine. This raised CAPSTONE's orbit to 13 lakh kilometres from Earth before sending the CubeSat on its ballistic lunar transfer trajectory to the Moon.

NASA says that Rocket Lab's job here is done and the spacecraft is now being managed by the teams at Advanced Space and Terran Orbital. According to the agency, the gravity-driven track CAPSTONE is on currently will dramatically reduce the amount of fuel the CubeSat needs to get to its target orbit.

The HyperCurie engine on the Photon Lunar spacecraft should have now ignited to impart 416 m/s of delta-V and raise #CAPSTONE's orbit towards the Moon. Stay tuned for updates. pic.twitter.com/rA3MEBualC

MISSION SUCCESS! The final HyperCurie engine is complete and #CAPSTONE has separated from Lunar Photon to begin its solo journey to the Moon for @NASA to test a never-before-flown orbit.

"This is a monumental milestone for our team, for NASA, for our mission partners and for the future of space exploration. CAPSTONE is the very first mission of NASA’s Artemis programme – humanity’s return to the Moon is underway", Rocket Lab said in a statement.

The 25 kg CubeSat is launched under the CAPSTONE mission, short for Cislunar Autonomous Positioning System Technology Operations and Navigation Experiment. Through this mission, NASA aims to test and verify the Near Rectilinear Halo Orbit (NRHO) around the Moon, which is considered gravitationally stable. Testing and verifying this orbit is necessary because this is where the lunar Gateway, meant to support NASA's Artemis programme, will be installed.

A navigation system, developed by Advanced Space, that will measure its absolute position in orbit through interaction with NASA's Lunar Reconnaissance Orbiter (LRO) without relying on ground stations, will also be tested once the satellite is in its targeted orbit.