NASA’s Ingenuity helicopter is ready for its 31st flight on Mars. It will soar to an altitude of 10m while cruising at a speed of 4.75 metres per sec. 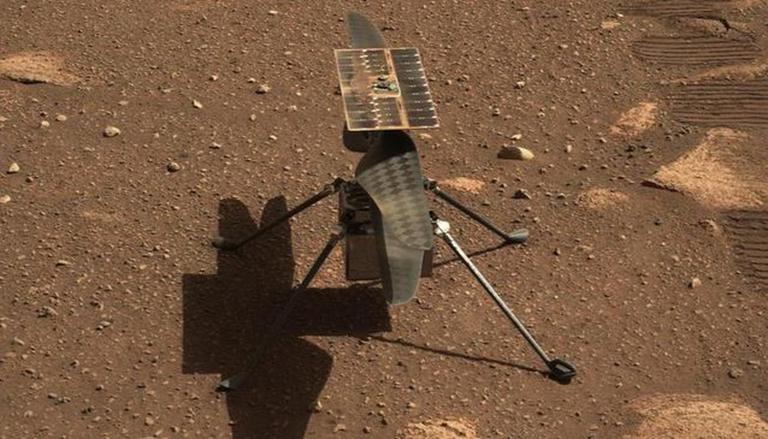 
NASA’s Ingenuity helicopter is ready for its 31st flight on Mars, which is scheduled for no earlier than September 6. According to the agency, the next flight would see Ingenuity be airborne for about 56 seconds and cover a distance of 96 metres. Moreover, the helicopter will hop to an altitude of 10 meters while cruising at a speed of 4.75 metres per second.

#MarsHelicopter is ready to take to the skies!
The rotorcraft is gearing up for Flight 31, which is set to happen no earlier than Sept. 6. It’s expected to fly 319 ft (97 meters) toward the west at an altitude of 33 ft (10 meters) for about 56 seconds. https://t.co/d07Ty2pmT3 pic.twitter.com/wKdzpMw9gk

The next flight would mark Ingenuity’s second after the mission teams decided to shut it down for two months during the ongoing winter season. This was because the helicopter's solar panels are receiving less amount of sunlight due to which the power supply is lower than the required amount. NASA says that it is the peak of the winter season on Mars and the air on the red planet is much denser which might make the flight relatively easier.

The temperature at the Jezero crater Ingenuity's site, drops as low as -86°C during the night. Notably, Ingenuity reached Mars attached to the Perseverance rover which made its landing last February in the Jezero crater.

Ingenuity's last flight was, as NASA calls it, a simple one similar to the helicopter's second flight which took place on April 22 this year. Ingenuity made its first sideways movement during the second flight, about 13 feet (4 meters), before making its landing. During the recent flight, the helicopter was airborne for 33 seconds, climbed to a maximum altitude of 16.5 feet (5 meters) and moved about 6.5 feet (2 meters) with the specific goal of providing a data point on its ability to make an accurate landing.

In a report released last month, the mission team at NASA's Jet Propulsion Laboratory (JPL) said in a report, "We intend to continue our flight path toward the river delta in the coming weeks while the environment (and thus the daily recoverable battery charge) continues to improve." In September, the mission team would also carry out a software update on the helicopter to enhance its navigation capabilities.