Virgin Galactic founder Richard Branson, who received his astronaut wings from the FAA, said he hopes to trade flights with Elon Musk for his next spaceflight. 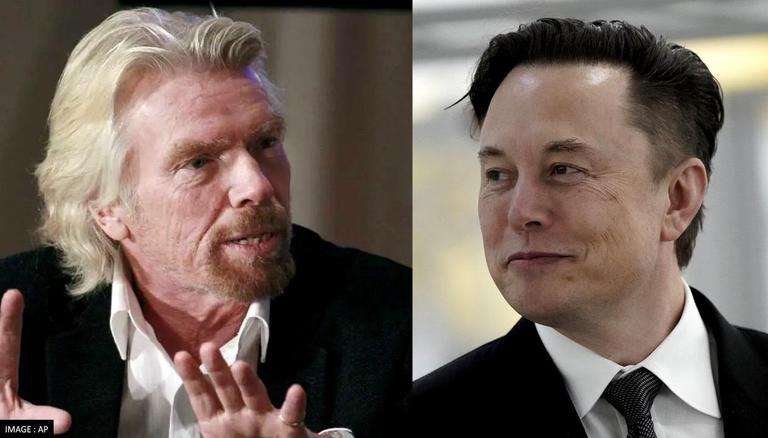 
Virgin Galactic founder Richard Branson, who recently received his astronaut wings from the Federal Aviation Agency (FAA), says he hopes to trade flights with Elon Musk for his next spaceflight with SpaceX. “Hopefully, I’ll be able to go up on one of his spaceships one day, and he’ll be able to go up on one of ours'', Branson said while speaking with CNBC’s Michael Sheetz. Stating that he and Musk are “good friends”, Branson revealed that the former had bought a ticket for Virgin Galactic’s flight “a long time ago”.

Branson’s dream of travelling to the edge of space came true in July 2021 when he flew in Virgin Galactic’s Unity 22 spacecraft with crewmates Sirisha Bandla and Colin Bennett. The billionaire had founded Virgin Galactic in 2004 and is just starting to build itself in the space tourism industry. SpaceX, on the other hand, was established by Musk in 2002 but started manned missions only in 2020. So far, the company has launched 18 humans to space including visits to the International Space Station (ISS).

The FAA awarded Branson and his Unity 22 crewmates for crossing the 80-kilometre mark, the altitude which is recognised as the boundary of space by the US. The trio was honoured at the Space Symposium in Colorado Springs. “I must admit, I felt like a big kid stood up there at an astronaut wings ceremony. A wings ceremony for commercial astronauts! When we started Virgin Galactic, the very idea seemed like a dream”, Branson wrote in his blog.

Currently, the company is undergoing a major refurbishment of its VSS Unity spacecraft and carrier aircraft VMS Eve which has delayed its future commercial spaceflights till the fourth quarter of 2022. Earlier in mid-February, the company resumed the sale of its flight tickets priced at approximately Rs 3.15 crore ($4,50,000) with Rs one crore ($150,000) as a deposit fee, out of which approximately Rs 17.5 lakh ($25,000) would be non-refundable.

Meanwhile, Branson revealed that Virgin Orbit is eyeing the launch of Amber-1 satellite which is a partnership between Catapult and Horizon Technologies. The satellite launch is said to be historic as it would be the first-ever orbital launch from Spaceport Cornwall,  a United Kingdom spaceport.