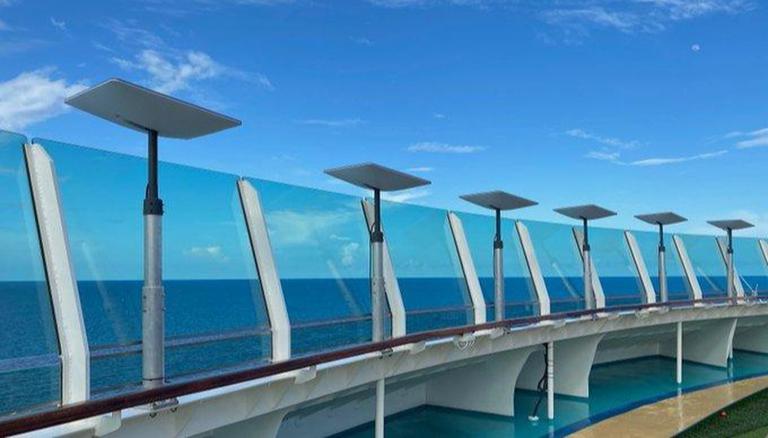 
Cruise company Royal Caribbean Group has become the first to implement SpaceX’s Starlink services to offer internet to its passengers on the ships. In an official release, the company revealed that the Starlink terminals will be installed on all Royal Caribbean International, Celebrity Cruises and Silversea Cruises ships, along with all new vessels for each of the brands with immediate effect.

We've just announced our plan to implement @SpaceX’s Starlink, making us the first in the #cruiseindustry to adopt the #technology. The game-changing, high-speed internet will be deployed on @RoyalCaribbean, @CelebrityCruise and @Silversea ships. Read: https://t.co/rcah7daJbb pic.twitter.com/LAfpnGglKY

It further said that the implementation is based on the results from the trial run aboard its ‘Freedom of the Seas’ cruise which received positive feedback. Starting now, the company will complete the installation of Starlink on its aforementioned cruise fleets by the end of the first quarter of 2023. In a tweet posted earlier , Elon Musk, CEO of SpaceX which manages Starlink said, "Kickass Internet connection coming Royal Caribbean ships soon! (sic)".

“This technology will provide game-changing internet connectivity onboard our ships, enhancing the cruise experience for guests and crew alike”, Jason Liberty, President and CEO of Royal Caribbean said in a statement. “It will improve and enable more high-bandwidth activities like video streaming as well as activities like video calls”.

READ | SpaceX gets nod from US govt to bring Starlink internet services to planes, ships & trucks

The announcement comes just one month after SpaceX received a nod from the Federal Communications Commission (FCC) to deliver its internet services to moving vehicles such as planes, ships and trucks. “Authorising a new class of terminals for SpaceX's satellite system will expand the range of broadband capabilities to meet the growing user demands that now require connectivity while on the move”, the FCC’s statement read.

As for Royal Caribbean, the company had requested Starlink’s approval from FCC in June this year promising to “set the standard for cruise operators”. Prior to this, semi-private charter airline companies JSX and Hawaiian airlines struck a deal with SpaceX to provide WiFi to its onboard customers. So far, SpaceX has launched over 2,800 satellites for its Starlink constellation which would soon provide internet directly to smartphones of its users starting next year. For this, SpaceX is preparing to launch much bigger and heavier satellites in collaboration with T-Mobile.