SpaceX's Falcon Heavy is the ideal spacecraft for NASA's flagship mission to Uranus, according to the recently released decadal survey. Know details here. 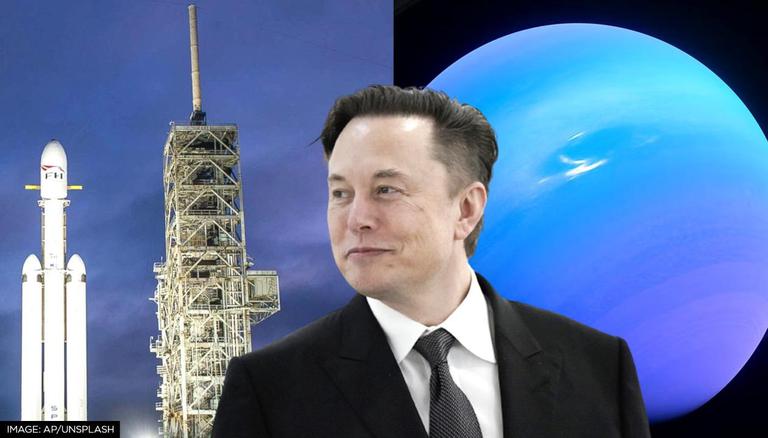 
SpaceX's Falcon Heavy is the ideal spacecraft for NASA's flagship mission to Uranus, according to the recently released decadal survey of planetary science and astrobiology of the US National Academies of Sciences, Engineering, and Medicine.

A flagship mission to Uranus known as the Uranus Orbiter and Probe or UOP has been under development by a team of NASA, the University of California, and Johns Hopkins University scientists for several years. However, the recently released decadal survey recommends NASA to prioritise the building of a flagship mission to Uranus. Notably, the report, titled 'Origins, Worlds, and Life: A Decadal Strategy for Planetary Science and Astrobiology 2023–2032', is a once-a-decade assessment conducted at NASA's request to identify the most significant scientific priorities for the next decade.

On the flagship Uranus mission, the decadal survey stated that it will explore the Solar System's seventh planet, Uranus, and that a Uranus Orbiter and Probe (UOP) will be required to reach the gaseous planet. It was an SLS rocket that was scheduled for it. However, there were complications, such as delays. The Falcon Heavy rocket from SpaceX is now the only launch-ready rocket for such a mission. It is pertinent to mention that NASA’s Europa Clipper orbiter which was originally scheduled on SLS was later moved to SpaceX’s Falcon Heavy to avoid significant launch delays.

The panel members of the survey have identified several launch windows for the UOP in the 2030s. However, the earliest is in 2031. If NASA agrees with the survey's conclusion, it's likely that the primary space mission would begin with the launch of an atmospheric probe to study the composition and behaviour of the planet's unusual atmosphere, which is thought to be volatile, prone to massive and violent storms, and home to some of the solar system's most extreme winds. The orbiter, on the other hand, would spend at least years touring Uranus, monitoring and researching the planet, its rings, magnetosphere, and its many moons.

'Had to be done': Elon Musk

Responding to the report from Teslarti on the involvement of SpaceX in NASA's flagship mission to Uranus, SpaceX's CEO Elon Musk confirmed his company's involvement in the mission. Musk took his Twitter and said, "Had to be done."

Had to been done

The SpaceX Falcon Heavy is a well-known spacecraft in today's era of launches and missions since it can carry large payloads and has the capability to transport them to deep space. Falcon Heavy is, by a factor of two, the most powerful operational rocket in the world, according to SpaceX. Falcon Heavy can transport over 64 metric tonnes (141,000 pounds) into orbit, more than twice the payload of the next closest operational vehicle.

SpaceX's Falcon Heavy has missions including NASA's Psyche asteroid probe in August 2022, the Europa Clipper mission in October 2024 and the Gateway moon-orbiting space station in November 2024.