SpaceX launched a new batch of 53 Starlink satellites on Friday- the first of three planned launches in three days. The launch took off from Cape Carneval Space 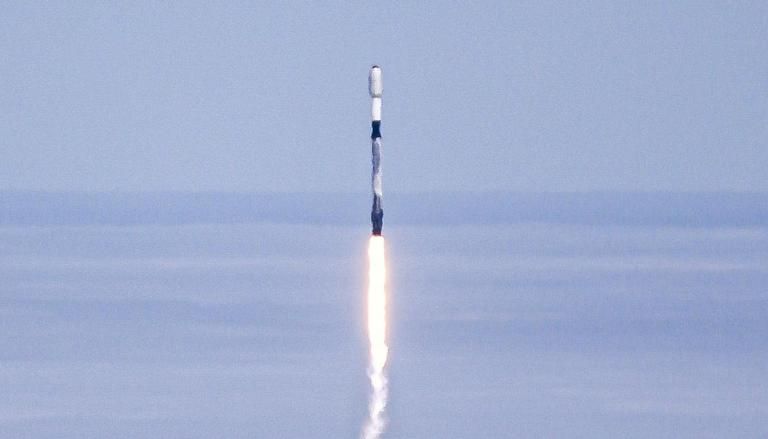 
SpaceX successfully deployed a new batch of 46 Starlink satellites into earth's orbit on Friday. The launch took off from Cape Canaveral Space Force Station. The reusable, two-stage Falcon 9 rocket was used for the launch of the satellites which would be put in Low Earth Orbits (LEO). At present, the Starlink constellation consists of nearly 2,000 satellites that aim to provide an uninterrupted internet connection to everybody across the globe.

Friday’s launch marked the highest number of satellites launched together by the Elon Musk-led firm. It allowed SpaceX to surpass its 31 record launches of 2021 with a 32nd record launch in 2022 and still counting. The liftoff took place at 1:40 pm (EDT) in foggy conditions on the US west coast. After nearly 8.5 minutes, Falcon 9’s first stage successfully completed its mission, landing atop the “Of Course, I Still Love You” drone ship on the Pacific Ocean. Later, SpaceX, in a statement, confirmed the deployment of all the satellites.

Falcon 9’s first stage has landed on the Of Course I Still Love You droneship – marking SpaceX’s second launch and landing from Vandenberg in less than 12 days pic.twitter.com/LO1kdWAAKB

"On Friday, July 22 at 10:39 a.m. PT, Falcon 9 launched 46 Starlink satellites to low-Earth orbit from Space Launch Complex 4 East (SLC-4E) at Vandenberg Space Force Base, California. This was the fourth flight for the Falcon 9 first stage booster supporting this mission, which previously launched NROL-87, NROL-87 and SARah-1," SpaceX said in a statement.

It is pertinent to note that the booster being used for this mission has been used only for three missions so far. SpaceX says that this Falcon 9 booster has been previously used to launch NROL-87, NROL-85 and SARah-1 missions. Meanwhile, the company Friday also announced that Starlink services were now available for service in 36 countries (or 41 markets) around the world. The list encompassed Luxembourg, Saint Martin, and St. Barthelemy.

SpaceX has bagged another crucial mission under a $255 million contract awarded to it by NASA. The contract is to avail launch services from SpaceX to launch the Nancy Grace Roman Space Telescope using a Falcon Heavy rocket. The telescope, which will be used to study dark matter and dark energy, is currently under development and will be launched no earlier than 2026.

READ | Zelenskyy says Ukraine has around $10 billion worth of grain available for sale
First Published: 23rd July, 2022 08:37 IST
SUBSCRIBE TO US