Starlink is operated by Elon Musk's aerospace company SpaceX, which has launched over 2,300 satellites to build a low-latency internet-providing constellation. 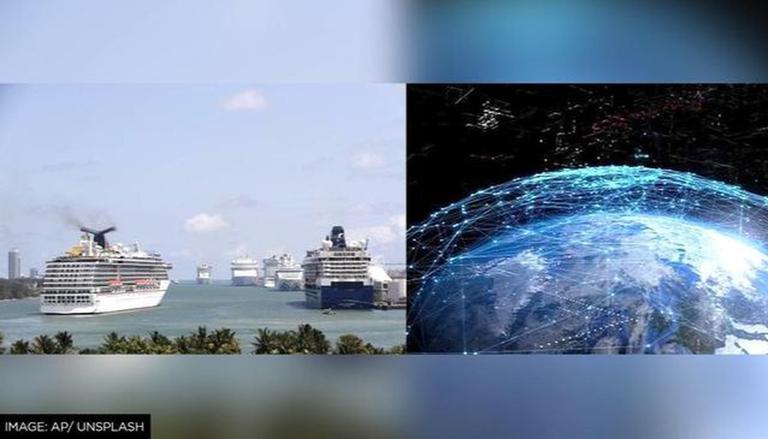 
Elon Musk's SpaceX might soon start offering its satellite internet services to ships as the Royal Caribbean Group has requested the same. In its recent filing dated June 10, the company requested the Federal Communications Commission (FCC) to approve Starlink services on moving vehicles including its own fleet of cruises. The Royal Caribbean currently owns a fleet of 24 ships but the filing did not disclose the number of cruises Starlink will operate on initially.

Starlink is operated by Musk's aerospace company SpaceX, which has launched over 2,300 satellites to build a low-latency internet-providing constellation. SpaceX has envisioned its constellation containing thousands of more satellites that would provide uninterrupted internet services anywhere in the world. Notably, this shipping line company is not the first to file a request to avail Starlink internet services for its passengers. Prior to this, semi-private charter airline company JSX and Hawaiian airlines struck a deal with SpaceX to provide WiFi to its onboard customers.

'We'll set the standard for other cruise operators': Royal Caribbean

"We believe our work with SpaceX, the first of its kind in the cruise industry, will set the standard for other cruise operators and will mean a leap in terms of guest experience and business operations while at sea," Royal Caribbean's Vice President of Operational Excellence, John Maya said in a letter to the FCC, as per the company's blog post.

Requesting an approval, he cited "increased cloud-based services" which require fast internet accessibility onboard and underscored that his company's collaboration with SpaceX is "a true next-generation solution" for the rigorous technical and operational requirements. But the commencement of internet services will take some time as Starlink currently does not work aboard moving vehicles as it is yet to get an approval for that.

READ | Starlink available to ship in 32 countries around the world: Read details here

Yeah, that will be relatively easy, as so few users out in the ocean

WE RECOMMEND
SpaceX to launch with NASA's supplies to the International Space Station on June 28
Ukraine's forces get additional Starlink kits from Elon Musk for expanded internet service
SpaceX set for Falcon 9 launch with communication satellite on June 9; How to watch live
SpaceX hosts NASA team at Starbase; updates on Starship's progress for Artemis III
SpaceX launches two Falcon 9 rockets with 53 Starlink satellites each in a single day