NASA’s Orion spacecraft has successfully completed its lunar flyby as it flew approximately 130 km above the Moon’s surface at an estimated time of 6:27 pm IST. 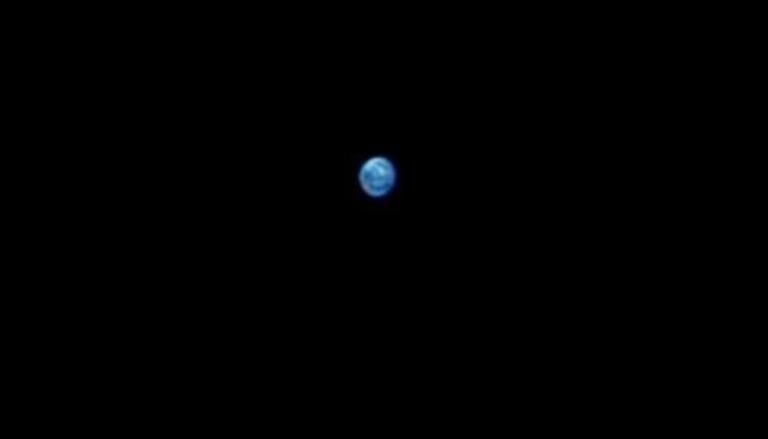 
NASA’s Orion spacecraft has successfully completed its lunar flyby as it flew approximately 130 km above the Moon’s surface at an estimated time of 6:27 pm IST. This was Orion’s first closest approach to the Moon six days after its launch on November 16 for the Artemis 1 mission and it will now head for the distant retrograde orbit (DRO) around the Moon.

And @NASA_Orion is back in touch with mission control, showing a view of all of us: Earth 🌍

The spacecraft's position and status will now be evaluated to confirm a correct outbound powered flyby.#ForwardToTheMoon #Artemis pic.twitter.com/z0tPTwwgjO

According to NASA’s live Orion tracker, the spacecraft went over 2,70,000 km from Earth and is moving away from the lunar surface at a speed of more than 7,800 km per hour. NASA experienced a loss of signal from Orion as the spacecraft moved behind the Moon during its closest approach and lost touch with the Deep Space Network. The signal was, however, restored about 30 minutes later. Notably, this is the first time when a human-rated spacecraft has travelled this far since the Apollo 17 mission in 1972.

Since the signal has now been restored, Orion is beaming riveting images of the blue marble Earth suspended in the darkness of space. The pictures are being gathered by the cameras attached to the solar arrays of Orion. NASA also received pictures of the spacecraft's interior where a mannequin has been placed with a spacesuit that will be worn by astronauts when they journey to the Moon. Interestingly, Orion also flew closest to the Tranquility Base, the lunar site where Neil Armstrong and Buzz Aldrin landed during Apollo 11 in 1969.

READ | After Artemis launch, NASA expects humans to live and do science on Moon this decade 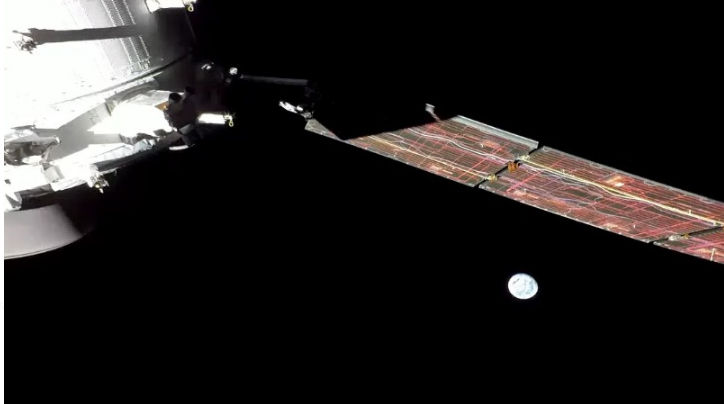 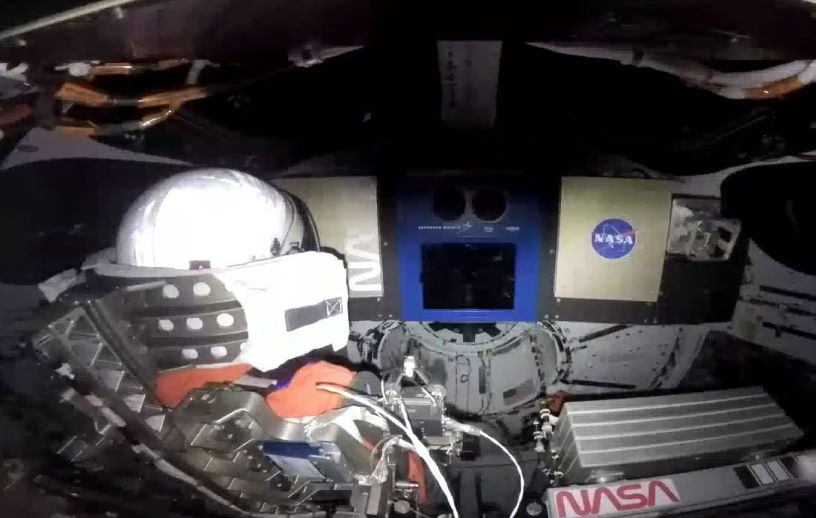 (Inside view of Orion; Image: NASA)

November 21 marked the completion of the Outbound Powered Flyby wherein Orion's thrusters were fired to make it enter the lunar orbit and swing it further for its insertion into the DRO. The DRO is called distant due to its high altitude and retrograde because a spacecraft travels around the Moon in the opposite direction when it travels around Earth. The DRO is also special because it provides a stable path over the lunar surface due to the gravitational influence of the Moon and the Earth acting on each other.

READ | Artemis 1: NASA's Orion ready for first flyby past Moon on Nov 21; where to watch live? 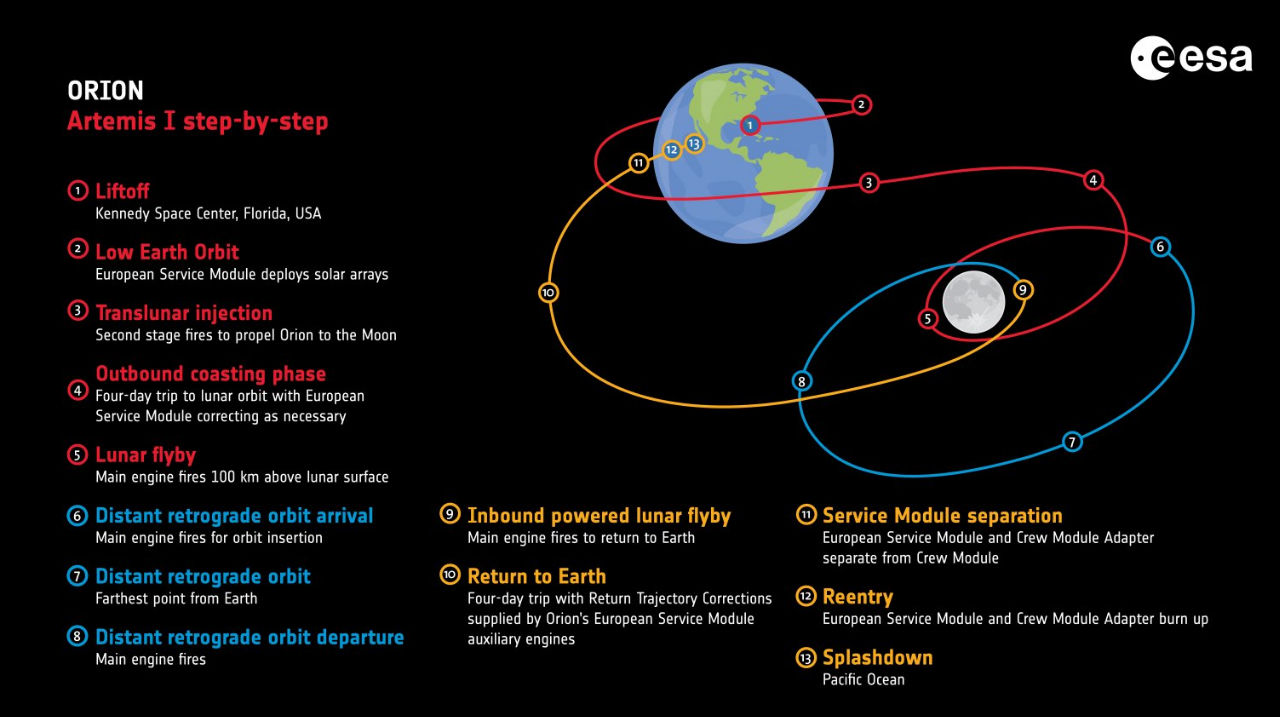 According to the Artemis 1 mission profile, Orion will enter the DRO and stay there for six days before using lunar gravity for a return trip to Earth (as shown in the image above) and will splash down into the Pacific Ocean on December 11.