India's B Sai Praneeth crashed out of the Tokyo Olympics 2020 on Wednesday following his defeat in the Group D match against Netherlands' Mark Caljouw. 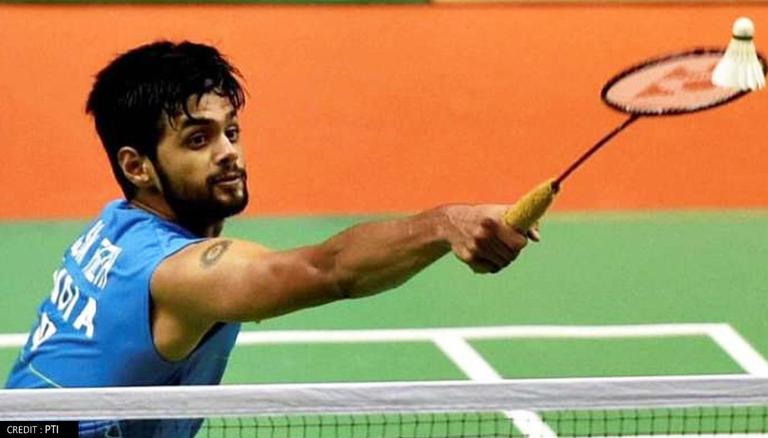 
India's B Sai Praneeth crashed out of the Tokyo Olympics 2020 on Wednesday following his second defeat in the Group D match. Sai Praneeth lost to Netherlands' Mark Caljouw 21-14, 21-14, thereby ending India's hopes of winning a medal in men's badminton. India continue to search for the elusive second medal, after Mirabai Chanu had given the Nation a great start by winning a silver medal in the 49kg weightlifting event on Day 2.

Sai Praneeth's dismal run at the Tokyo Olympics continued as he lost to both shuttlers ranked lower than him. Israel's Misha Zilberman, ranked 47, beat him 21-17, 21-15 in the first match. Meanwhile, Mark Caljouw is ranked 29 in comparison to Sai Praneeth, who is ranked 15.

END of misery for Sai Praneeth as he goes down to Mark Caljouw (WR 29)14-21, 14-21 in 2nd Group match
Sai finished last (3rd) in the Group and his #Tokyo2020 campaign is over with both losses coming against shuttlers ranked lower than him. #Tokyo2020withIndia_AllSports pic.twitter.com/kYANHktKLC

Meanwhile, Team India's contingent displayed some excellent performances in other events. Reigning women's world number one in archery, Deepika Kumari, beat Bhutan's Karma 6-4 to progress to the Round of 16. As for boxing, Pooja Rani sailed through to the quarterfinals after she defeated Algeria's Ichrak Chaib 5-0 in the Round of 16 in the middleweight (69-75 kg) category. The Indian boxer managed to win all 10 points from all the five judges on the panel in the three rounds.

READ | Tokyo Olympics: Pravin Jadhav knocked out in Round of 16 post 6-0 loss to world number one