Beiwen Zhang: What Happened To US Badminton Player? Here's Why She Retire Mid-match

Beiwen Zhang suffered an Achilles tendon injury during her round of 16 clash against China’s He Bing Jiao and was moved to tears after the awkward landing. 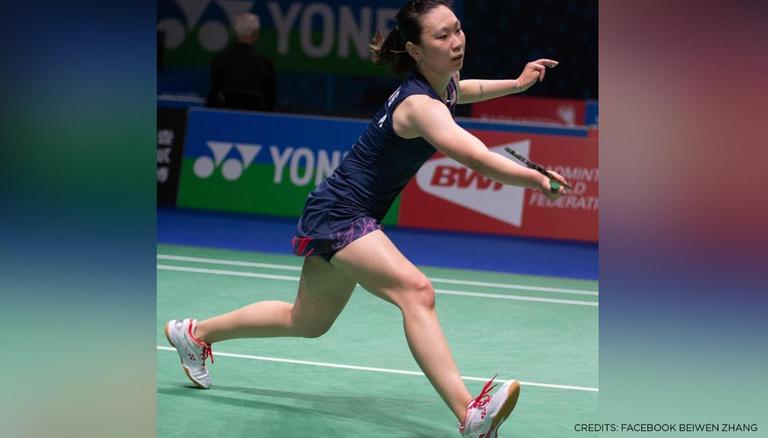 
US badminton player Beiwen Zhang Olympics ended on a tearful note as she bowed out of the singles campaign after being forced to retire due to an injury midway into the second set. With Zhang forced out of the event, the US participation in the Tokyo Olympics came to end. Coming into the match against China’s He Bing Jiao, Zhang had never lost a game in the 2020 Tokyo Olympic Games. The 11th seed had defeated both Ukraine's Maria Ultina and Brazil's Fabiana Silva by a final score of 2-0.

Beiwen Zhang suffered an Achilles tendon injury during her round of 16 clash against China’s He Bing Jiao. Zhang was brought to tears after the awkward landing, and she was eventually taken off the court in a wheelchair for further evaluation. She led the match 1-0, after claiming the first game by a score of 21-14, and was trailing just 9-7 in the second game to China's Jiao. Following the first-round win against Ukraine's Maria Ultina, Zhang had expressed her gratitude to those who never wavered in their support and belief in her. Speaking to as USA badminton official website she said  “I’m really happy that they’re supporting me because I’ve [been] representing the U.S. for 8 years and they’re always sending me messages no matter where I am. They’re always really supportive and positive, so obviously I’m really glad that they help me so much and [are] supporting me all the time even when I’m down or up.”

Beiwen Zhang is yet to win a medal at the Olympics as this was her maiden outing in Olympics. The US Star though have done really good for herself on the BWF circuit. Speaking about her performance ahead of the Olympics, the US Badminton star posted a 4-2 record in singles competition in March 2021 while maintaining a top-10 ranking on the BWF World Tour. Coming to her background, Zhang was born in China, where she played badminton at a provincial level in her country of birth before switching to Singapore at age 13. She represented Singapore at the international level until 2013 when she switched nationality to the United States of America following a disagreement with her coach in Singapore.