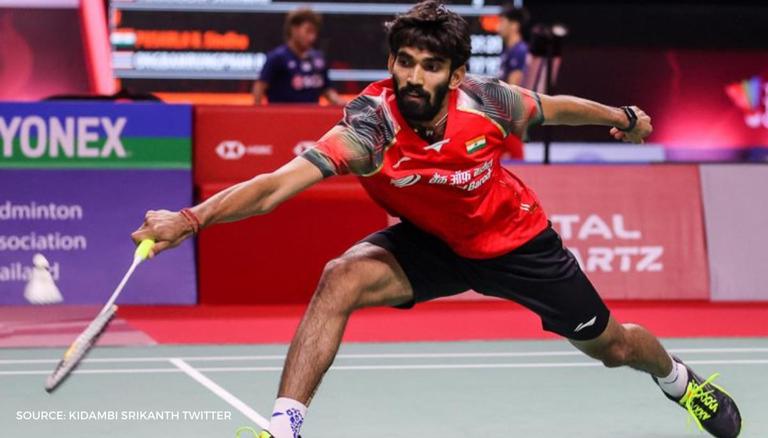 Kidambi Srikanth's road to the semi-final just got tougher after the Indian ace went down in a thrilling contest against Wang Tzu Wei. The 27-year-old needed a win to boost his chances of his semi-final qualification, but the defeat on Thursday puts his position in jeopardy. This was Wang Tzu Wei's first win over Srikanth in four appearances.

Kidambi Srikanth faced a second consecutive loss in the BWF World Tour Finals and has a very narrow chance of making it to the semi-final after a loss to World No.12 Wang Tzu Wei. The 27-year-old started off well with a neck-to-neck battle in the first game as neither of them gave away anything. Even though Wang made a comeback of sorts, Srikanth kept his cool and sealed the game 21-19. However, Wang Tzu Wei mounted a bigger fight and led in the mid-game interval 11-5 in the second game, before brushing off any attempt of the Indian ace's comeback, and took the set 21-9.

The third game saw Wang Tzu Wei take early control, but Srikanth in his typical style, took consecutive points under pressure to reduce the deficit to 11-10 at the mid-game interval. The to and fro action continued bu Wei did not let his lead slip, winning the game 21-19. The result meant that the Chinese Taipei star registered his first win in the Kidambi Srikanth vs Wang Tzu Wei H2H matchup, having lost their three previous meetings between the two.

🇮🇳 @srikidambi puts up a🔥 display but couldn’t turn the match in his favour!

This was Kidambi Srikanth's second consecutive defeat in the BWF World Tour Finals and 10th overall since the 2014 edition tournament. The 27-year-old lost to Anders Antonsen 21-15, 16-21, 18-21 in his first Group B clash. With two defeats in two, Srikanth's hopes of making it to the semi-finals look bleak, and will need to win his final game against NG Ka Long Angus. The Indian ace will also need results to go the other way if he has to make it to the knockout stages of the tournament.

The live telecast of the BWF World Tour Finals will be available on the Star Sports Network in India. The live coverage of the games will begin from 9:30 AM IST onwards. The BWF World Tour Finals live stream will also be available on the Disney+ Hotstar OTT platform.  For more updates and information, one can follow BWF’s and BAI's social media handles.