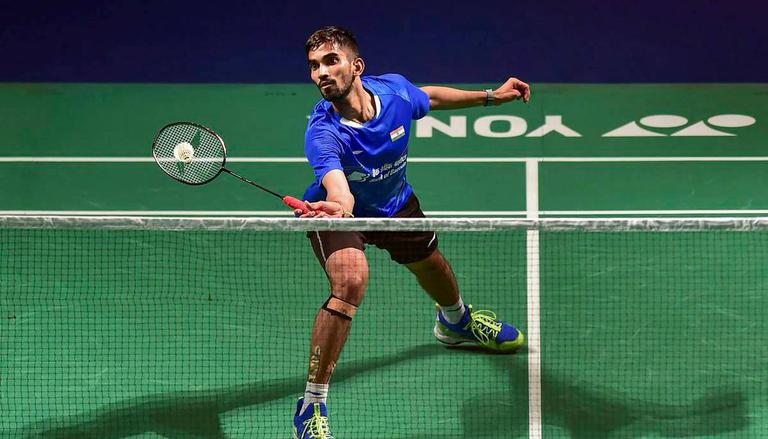 
Indian ace shuttler Kidambi Srikanth was in top-notch form at the recently concluded men’s singles quarterfinals at the BWF World Championship as he crushed Dutch badminton player Mark Caljouw 21-8, 21-7 in a one-sided affair to advance to the semi-finals and thereby being assured of a medal, his first-ever at the championships.

With this, Kidambi Srikanth has become the third Indian after Prakash Padukone and B Sai Praneeth to win a medal in men's singles at the BWF World Championship. Prakash Padukone won a bronze in 1983 and thus became India's first-ever medalist at the World Championships. After years, in 2019, Sai Praneeth became the 2nd Indian male shuttler to win and achieved a bronze finish, the same year which also saw female shuttler PV Sindhu become the first Indian to win gold at the Badminton world championship tournament.

What a match this. Dominance of the highest order. This has been quite a turnaround for @srikidambi 🔥

And we’re into the semis😎#BWFWorldChampionships2021

Former WR1 Srikanth Kidambi secures his first WC medal with easy win over Mark Caljouw of Netherlands in straight games! This is India's third medal in MS till now!

Our man does it.
Srikanth assured of a bronze. Really really happy for him.
The tradition continues, we are not going without a medal. Rather 1 more medal is on the way , and one more😉
After so many days feeling this good#SrikanthKidambi#BWFWorldChampionships2021 https://t.co/QCgjvTBOSi

WOW!! That was a one-sided first game from Srikanth Kidambi against Mark Caljouw.

Meanwhile, defending champion PV Sindhu's title defence at the World Championships came to an end in the quarter-final as she lost to World No. 1 Tai Tzu Ying in straight games - 17-21, 13-21.