In a fun interview ahead of the Tokyo Olympics, 2019 Badminton World Champion PV Sindhu has named the one sports star she would love to meet in her lifetime. 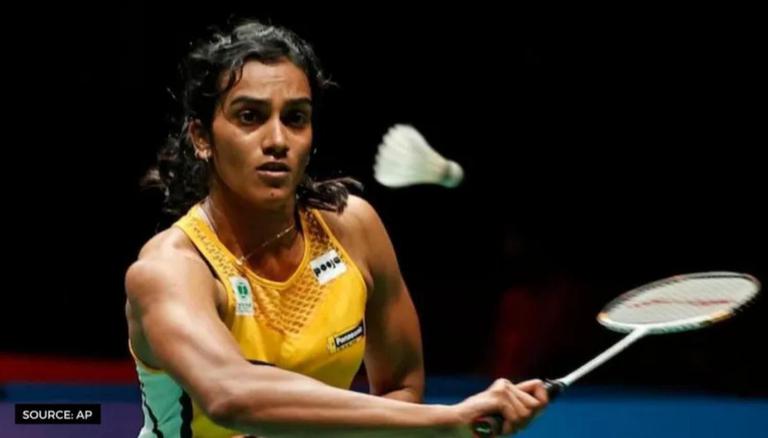 
In a fun interview ahead of the Tokyo Olympics, Olympic silver medallist and 2019 Badminton World Champion, PV Sindhu has named the one sports star she would love to meet in her lifetime. The Padma Bhushan and Rajiv Gandhi Khel Ratna awardee has had a decent year, playing just two tournaments - the BWF World Tour Finals, where she won her sole match against Thailand's Pornpawee Chochuwong and the All-England Open, where Chochuwong defeated her in the semi-finals.

According to media reports, ace Indian shuttler PV Sindhu has revealed that her dream breakfast date would not involve any famous badminton players of the past, but rather, tennis legend Serena Williams. Asked which stranger she would like to one day meet for breakfast, Sindhu replied, "Serena Williams." She then went on to add that she liked people being jovial and friendly and greeting you in the morning, asking how you are. "I think that is very nice," she quipped. If all goes to plan, Williams and Sindhu may well cross paths at the Tokyo Olympics, where both are set to represent their countries.

With the COVID-19 pandemic tossing the Badminton World Federation's carefully planned schedule into unrest and the dangerous second wave of COVID sweeping over many nations, Indian shuttlers, Saina Nehwal and Kidambi Srikanth are set to miss out on their last Tokyo Olympics 2021 qualification event. So far, only PV Sindhu, B Sai Praneeth and the men’s doubles pair of Chirag Shetty and Satwiksairaj Rankireddy have managed to fulfil their qualification criteria and book their berths at the Tokyo Olympics.

READ | Does Serena Williams have a career option post tennis? Fans think so after house remodel

The last two remaining events in the BWF's schedule that can help Nehwal and Srikanth book Olympic berth are the Malaysia Open (May 25-30) and the Singapore Open (June 1-6). However, with India suffering one of the worst resurgences of the COVID-19 virus in recent months, almost all countries have shut their borders to Indians. Despite pleas from the Indian government and the BAI, it has been reported that the Malaysian government will not make any expectations for sportspersons coming from the country, in effect, dashing the duo's Olympic hopes.

Coming into the French Open 2021 off of what has been a stressful year for her, US's Serena Williams will be under tremendous pressure to win her 24th Slam and equal Margaret Court's current record. Now nudging 40, the legend has not won a Slam since her 2017 Australian Open win. Her last win at the majors came even before that, at the Madrid Open in 2016. Her run this season includes semi-final appearances at Melbourne and the Australian Open and then early round one and two exits at the Italian Open and the Parma Challenger respectively.