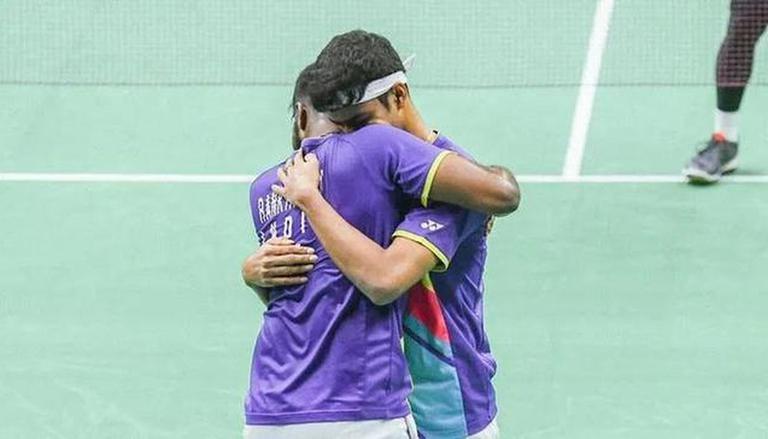 
The star Indian duo of Satwiksairaj Rankireddy and Chirag Shetty continued their stunning form in 2022 as they recorded a monumental victory over the Taiwanese duo of Lu Ching Yao and Yang Po Han on October 30 to win their maiden French Open title and their fourth title overall on the BWF World Tour.

Rankireddy and Shetty's previous best result at the French Open tournament was a runner-up finish at the 2019 edition when they lost in straight sets to the Indonesian pairing of Marcus Fernaldi Gideon and Kevin Sanjaya Sukamuljo. As for this year, Rankireddy and Shetty won the clash in straight sets by a scoreline of 21-13, 21-19 to become the first Indian men's doubles team to win the French Open title since Partho Ganguli and Vikram Singh in 1983.

Other Indians' performance at French Open 2022

Meanwhile, previously in the French Open 2022 tournament, Indian shuttlers HS Prannoy and Sameer Verma suffered contrasting losses to bow out of the men's singles competition. Prannoy, a Thomas Cup winner, went down fighting against China's Lu Guang Zu by a scoreline of 19-21, 22-20, 19-21.

On the other hand, Sameer lost 18-21, 11-21 to Thailand's Kunlavut Vitidsarn in the pre-quarterfinals stage on Thursday night. Kidambi Srikanth also crashed out of the tournament after losing to Rasmus Gemke of Denmark 21-19, 12-21, 19-21 in a match that lasted one hour and 15 minutes.