Players, coaches, pitchers donned jersey No 44 at Coors Field in Denver to pay tribute to one of the best players in baseball history Late Hank Aaron. 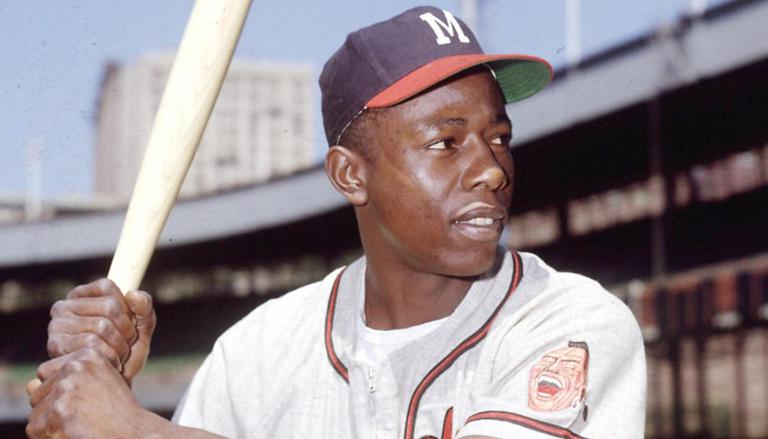 
Players, coaches, pitchers donned jersey No 44 at Coors Field in Denver to pay tribute to one of the best players in baseball history Late Hank Aaron. The legendary baseball player who passed at the age of 86 in January this year played 23 years for the Milwaukee/Atlanta Braves and Milwaukee Brewers and is second on Major League Baseball's all-time home run list with 755 homers.

This is the 91st edition of the All-Star game and also the first game since the former home run's king death. To celebrate his inspirational life and legacy MLB announced all the players participating in Monday's Home Run Derby to wear No 44 to honour, as No 44 was the jersey number of the legendary baseball player.

According to a statement issued by Major League Baseball, "The world lost the great Henry “Hank” Aaron upon his passing in January 2021, but his inspirational life and legacy will be celebrated at Coors Field during All-Star Week on Monday, July 12, and Tuesday, July 13. Aaron’s wife, Billye, and other members of the Aaron family will attend Gatorade All-Star Workout Day (Monday) and the 91st MLB All-Star Game presented by Mastercard (Tuesday) as the Baseball Family honors one of the game’s all-time greats. Today during Workout Day, including the T-Mobile Home Run Derby, all MLB players will wear uniform #44 in honor of Aaron, who retired as the MLB".

Aaron’s wife, Billye, and other family members were also invited at Coors Field in Denver, as all All-Star participants will also wear Aaron's No. 44 during Monday's workouts for Tuesday's All-Star game. Los Angeles Angels designated hitter and MLB home run leader Shohei Ohtani is the betting favourite to win Monday's derby. Players were seen wearing their usual team uniforms, with 44 replacing their usual number. They even posed in the uniforms for team photos.

Hank Aaron or fondly called "Hammer" was Known as baseball’s former home run king, a first-ballot Hall of Famer, and one of the greatest sluggers to ever walk up to the plate, Aaron produced a historic career.

In his career spanning for two decades, Aaron had bagged many prestigious awards and honors, including an MVP, a World Series title, three Gold Glove awards, two batting titles, and an All-Star Game selection in every one of his seasons except his first (1954) and last (1976).