BAR vs ANA Dream11: Barcelona will host the Anadolu Efes Istanbul in the Euroleague round-18 match at Fernando Buesa Arena on Friday, January 10 (Jan 11 IST)

Barcelona will host Anadolu Efes Istanbul in the Euro League Round-18 game at Fernando Buesa Arena on Saturday, January 11 at 1:30 AM IST. Anadolu Efes Istanbul are currently second on the points table, While Barcelona are just three points behind them in the third position. Here are the BAR vs ANA Dream11 predictions and squad details.

Barcelona come into the game after beating Burgos in the last game by a scoreline of 82-80. Out of the total of 17 matches played by them, they have managed to win 13 games while losing just 4 matches in the season so far. Their next game against Anadolu Efes Istanbul is expected to be a very tough game for the side and they would like to win it and move up the points table.

Anadolu Efes Istanbul is currently second on the points table. They played their last game against Pınar Karşıyaka which they won 82-80 in overtime. They have played 17 matches so far winning 14 matches and losing just 3 games. The victory against Barcelona will help them move up the points table. 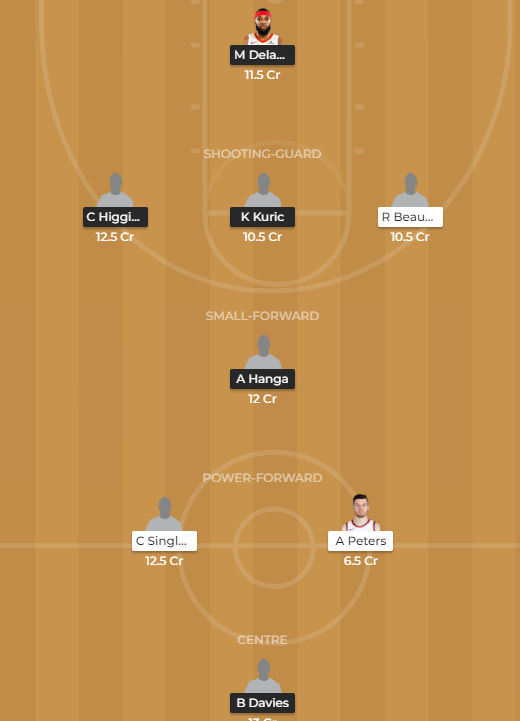 Note: Please keep in mind that these BAR vs ANA Dream11 suggestions are made with our own analysis. These selections are not bound to guarantee positive results in your game.

PEOPLE HAVE PLEDGED SO FAR
Al Horford donates $500,000 for COVID-19 relief across each USA city he has lived in
LeBron James wants NBA season to finish for gaining 'closure' amidst cancellation rumours
Kobe Bryant was above and beyond the word ‘good', says Kevin Hart
Michael Jordan's game-worn 1992 Dream Team jersey to be auctioned off starting at $25k
NBA H-O-R-S-E competition nears completion, Chris Paul and Trae Young to participate
DO NOT MISS
INDORE, BHOPAL & UJJAIN SEALED
TRUMP LASHES OUT AT WHO
11 INDIANS DIE OF COVID IN US
APRIL 14 DECLARED AS CLOSED HOLIDAY
RAJAPAKSA THANKS PM MODI
US WORRY OVER SAFETY OF AFGHAN SIKH