BAR VS AXE DREAM11: Barcelona will be squaring off against AX Armani Exchange Milan in a EuroLeague 2019-20 basketball game at the Palau Blaugrana on Saturday.

Barcelona will be squaring off against AX Armani Exchange Milan in a EuroLeague 2019-20 basketball game. Both the teams will face each other at the Palau Blaugrana on Saturday, February 8, 2020 at 1:30 AM IST. You can play the BAR vs AXE game on the fantasy gaming app – Dream11. Here are the BAR vs AXE Dream11 prediction and squad details.

FC Barcelona Basquet have played a total of 23 games so far. The Spanish side have won 17 games and lost 6 games. BAR played their recent match against Valencia Basket which they won 78-77. They have to win this game in order to secure the second place on the points table.

AX Armani Exchange Milan are at the 9th position in the league standings. They have played a total of 23 games so far. Out of which, they have won 11 games and lost 12 games. Their last game was against Alba Berlin and they lost the match by a 96-102 margin. Victory over Barcelona will help them move one step forward in the league standings.

Also Read:Warriors Were Reportedly 'eager To Get Rid' Of D'Angelo Russell Ahead Of Trade Deadline 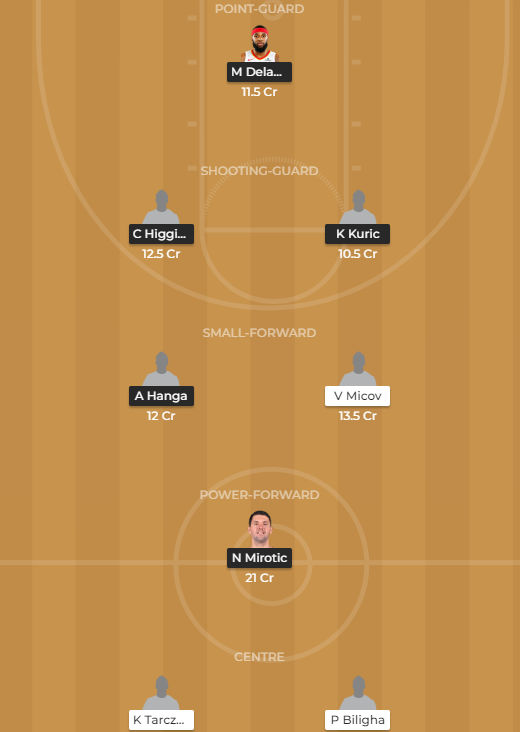 Barcelona are the favourites to win the tie.

Note - The  BAR vs AXE Dream11 predictions are our own and do not guarantee positive results in your games.