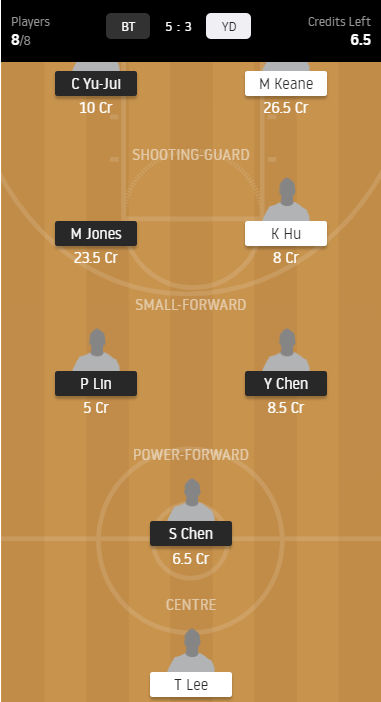 Yolun Luxgen Dinos are the favourites to win the game as per our BT vs YD Dream11 prediction.