Jinotega is currently ranked fifth in the league with a 11-1 win-loss record. Currently on a six-game winning streak, they lost their only game against San Isidro on March 8. They last defeated Real Esteli with a narrow 72-71 margin. Arnulfo Mendoz is averaging 16 points and 3.2 rebounds while Emilio Mendoza is averaging 13.5 points and 4.3 assists. The team is shooting 24.8% from the three-point line and 67.7% from the free-throw line.

Costa Caribe are currently leading the league with a 12-2 win-loss record. Also on a six-game winning streak, they lost their last game against Indigenas on March 8. They last defeated Boaco on April 26 with an 88-53 margin. Fritz Cox is currently averaging 15.4 points and 5.8 rebounds while Vansdell Thomas is averaging 11.1 points and 4.7 rebounds. The team is currently shooting 47% from the field and 42.9% from the free-throw line. 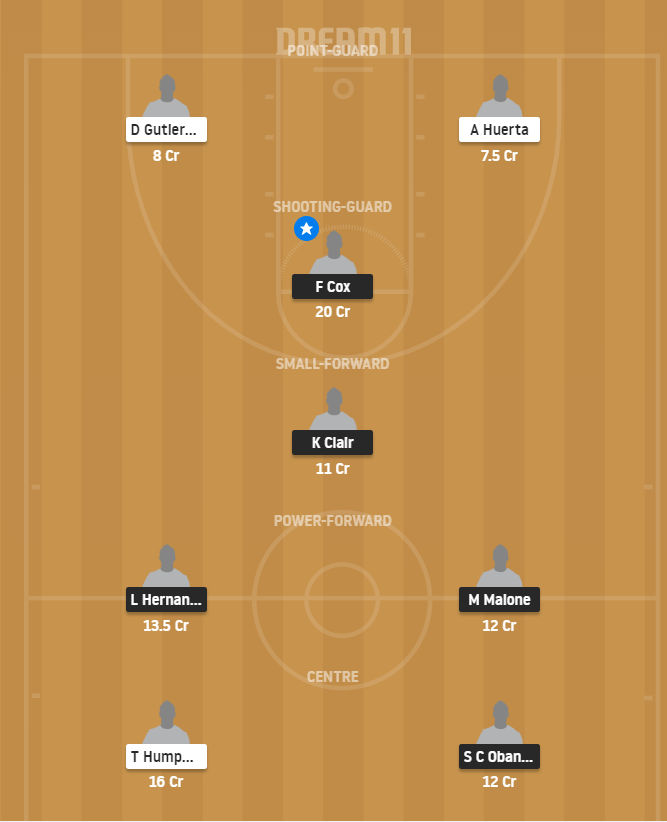