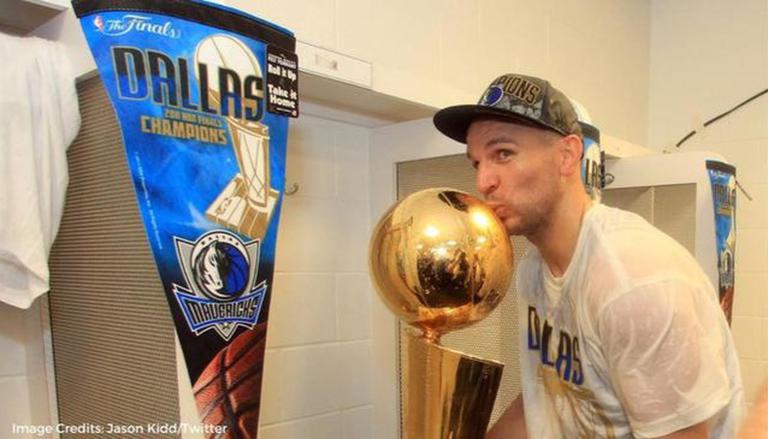 
Dallas Mavericks have begun their pursuit of filling the vacant positions in the front office and for the head coaching job. After almost 24 years as the GM of Dallas Mavericks, Donnie Nelson quit from his position and the very next day coach Rick Carlisle announced his exit from the franchise after 13 years and a championship. This has left the Mavs with two big decisions this offseason and things seem to be going well for them as they have already begun their moves of filling those positions.

The Mavs are reportedly going to bring in their former player Jason Kidd, who has been part of several coaching projects in the NBA. Kidd has coached the Brooklyn Nets and the Milwaukee Bucks and he was the assistant coach of the defending NBA champions Los Angles Lakers, but it looks like he is all set to return back to Dallas for a third spell after his two previous stints at the franchise, where he also won the Championship with them in 2011.

Former coach Rick Carlisle is also rooting for the former Mavs star to take up the position. He said, “My hope is that Jason Kidd will be the next coach of the Mavs because he and Luka, have so many things in common as players. I just think that this would be a great situation for Luka and also Jason. I’m the only person in the world that has coached both of these guys and know all about their special qualities as basketball players. To me, this would be a perfect marriage, but that's just an opinion.”

The Mavericks are progressing on deals with Nike’s Niko Harrison to lead basketball operations and Jason Kidd to become head coach, sources tell @espn_macmahon and me.

Nike Executive Nico Harrison has been the favourite to take the vacant General Manager position at Dallas Mavericks. Harrison has a great relationship with Mark Cuban and has been in the business for over 20 years. He was an integral part of Luka's shift to Nike in  2019 and his appointment could be a big boost for the Mavs who were knocked out of the playoffs by the Los Angeles Clippers. Nico has a load of experience working in the NBA, he was also the Marketing Manager for Kobe Bryant and several other players and it is reported that several Mavs players are in support of the move.

The Mavs have some big decisions to make this postseason, and owner Mark Cuban has already taken one of them, which was hiring a new General Manager. Cuban has also brought in Dirk Nowitzki who will serve as the special advisor and help the franchise with new recruitments in the front office and also with scouting. Another big decision to make is Kristaps Porzingis, who reportedly wants to leave. The Latvian was given a 5-year contract in 2019 and still has 3 years left on the agreement, but it looks like his time at Dallas is over and he might be on his way out after two years. The Mavs are also reported to keep Tim Hardaway in Dallas after his impressive performance in this year's playoffs.

READ | Williams withdraws from NBA draft, will return to Purdue