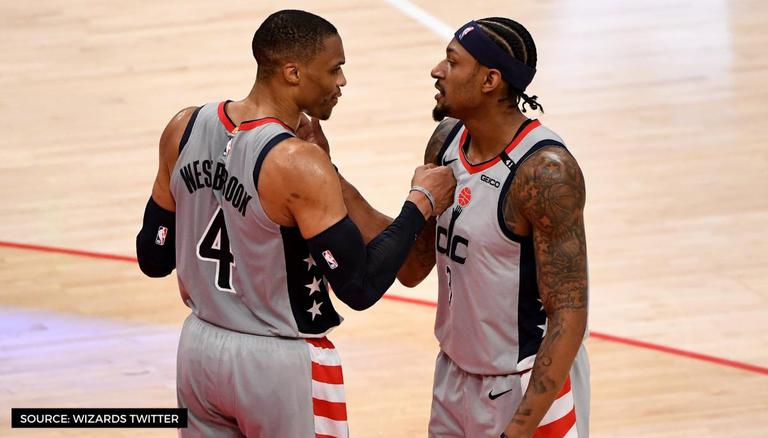 
Sitting right in the middle of the Eastern Conference table, the Washington Wizards will take on the Boston Celtics in the first of the play-in tournament games of the ongoing 2020-21 NBA season. The match is scheduled to begin at 6:30 AM IST on May 19 (9:00 PM, Tuesday, May 18 local time) from the TD Garden, Boston, Massachusetts. Coming into this game, there will be one major question in the minds of all fans - is Bradley Beal playing tonight?

After a slow start to their season, the Washington Wizards have dramatically managed to completely turn things around and now find themselves in the first round of the 2020-21 play-in tournament. With 34 wins and 38 losses, the Wizards are in 8th place on the Eastern Conference and will be looking to get their second round off a winning start as they travel to Boston tonight. Coming into this game off of two wins over the Cavaliers and Hornets, the Warriors will be high on confidence.

After missing out on some of their star players throughout the season, the team is sure to play their main player, Bradley Beal as they take on the Celtics tonight. With 31.3 points per game in the regular season, Beal will come into the play-ins as the second-highest scorer of the season behind Steph Curry. After missing out on three straight games due to injury, we saw a Bradley Beal return in the Wizards' game against the Charlotte Hornets, where he scored 25 points. With such a stellar run, there is no question that Beal will play a defining role in tonight's game.

Bradley Beal's influence in the Wizards camp became amply evident as the side struggled on without him during his short injury stint earlier this month. The hamstring injury, which came during a game against the Indiana Pacers, benched Beal for a couple of days during which the team lost two of their three games. However, the answer to "when is Bradley Beal coming back" is a happy one for Wizards fans, as they will be able to see their star forward take the court in the game against the Celtics tonight. despite not being fully fit, Beal has said that he will play at least some of the play-in game to give his side a good chance at winning.

According to our Washington Wizards vs Boston Celtics prediction, the Celtics will take this game. In their three meetings with the Wizards this season, the Celtics have come out on top in two, though, they were during the Wizards' uninspiring earlier half. The last match between the two teams came in March. the Celtics won by a slim 111-110. The encounter before that was won by the Wizards with a 119-97 scoreline.