Is Chris Paul playing tonight vs Nuggets? Here is the injury report for the Phoenix Suns star before their upcoming Round 2 playoff game vs Nuggets. 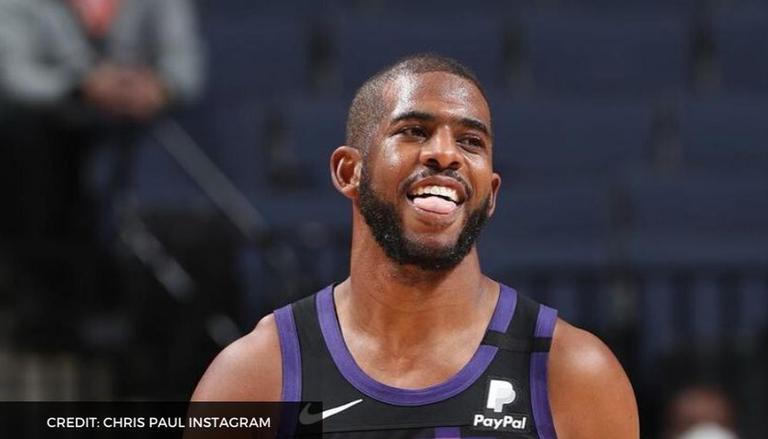 After their 4-2 Round 1 victory against the Los Angeles Lakers, the Phoenix Suns are set to meet the Denver Nuggets in Round 2. The Nuggets – without Jamal Murray – will be led by Nikola Jokic, who is in line to win the NBA MVP award this season. The Suns will need Devin Booker and Chris Paul in perfect health to streamline their chances of a conference finals.

Chris Paul return: When is Chris Paul coming back?

As of now, the Suns seem to have Paul healthy and ready to play. During Game 1 vs the Lakers, Talen Horton-Tucker tried for a layup, missing. LeBron James aimed for a rebound and ended up making contact with Paul. The 36-year-old ended up colliding with a backtracking Cam Johnson, falling down onto the court. The Suns' medical staff later announced a right shoulder contusion. Paul was on the floor for one whole timeout, before he made it to the locker room.

Chris Paul is built for this stage.

The injury impacted Paul's game for some games, but the NBA veteran was back up by the time the series wrapped up. With the Nuggets, the Suns should play with an almost full roster. Their win against LeBron James and the Lakers was considered surprising by many, hoping to see some cohesive teamwork in the upcoming series as well.

READ | NBA reacts to Mayweather vs Logan Paul: Here's what LeBron James and others said

As the first round in the Western Conference is done, Devin Booker and Nikola Jokic will lock heads in the playoffs, both emerged as star players this season. While the Suns beat the defending champions, the Nuggets eliminated the Damian Lillard-led Portland Trail Blazers for their Round 2 spot.

"It certainly is cool to beat the defending champs, for sure," Suns head coach Monty Williams said. "But you can only hold onto that for so long, and now you have to move towards another worthy opponent". Booker had 29.7 points per game in the series, and has eight three-pointers in his 47-point Game 6.

"I was just locked in, to be completely honest," Booker said. "We wanted to end it on their home court".

Jokic and the Nuggets, on the other hand, have somewhat avoided a Game 7 vs Portland. Jokic scored 26 points, while averaging 33 points per game. "Nobody can take the fight out of us," Jokic said. "We will just go out there and fight and that's what we have been doing. We're never going to quit. Quit is not in our vocabulary".

While they play without Murray, they are now also without Will Barton. "I love our team. I love every player in that locker room, one through 17," Nuggets coach Michael Malone said. "We continue to find ways to win. Last year, this year, people don't realize what we're missing right now with injuries, so I couldn't be more proud of a group of players that I truly love coaching every single day".