Is Giannis Antetokounmpo Coming To India? NBA Star On Playing Basketball Around The World

Giannis Antetokounmpo is currently part of the Milwaukee Bucks team that is playing pre-season games against Atlanta Hawks at NBA Abu Dhabi games. 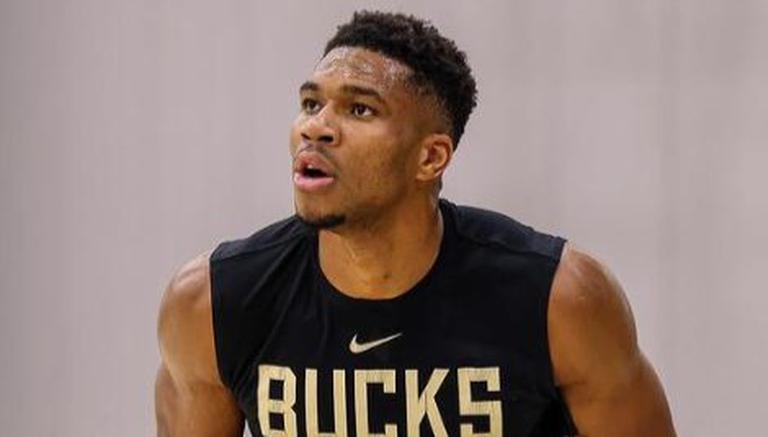 
The National Basketball Association (NBA) is spreading its wings around the globe and their latest venture is the NBA Abu Dhabi games 2022. The games marked the resumption of overseas trips after the pandemic and feature two pre-season matches between Milwaukee Bucks and Atlanta Hawks. Fans in Abu Dhabi were able to witness Trae Young and Giannis Antetokounmpo in action as the Hawks won the first pre-season game 123-113. Antetokounmpo also known as the 'Greek Freak' was undoubtedly the star attraction of the games. Although the Greek star admitted to enjoying the experience of playing in Abu Dhabi, he also spoke about two countries he would love to play.

Giannis Antetokounmpo drops a major hint about playing in India

During the press conference, Giannis Antetokounmpo was asked questions about the next two countries where he would like to play the pre-season games. The two-time NBA's Most Valuable Player (MVP) picked China and India as the two places he would like to play ahead of his own country Greece. He said, “I have played in London, I have played in Paris, played for the first time in Abu Dhabi … I have gotta think about this. I would love to play in China, maybe Shanghai or Beijing; that will be a fine experience. And maybe somewhere in India try to expand the game as much as possible and make it global and reach places that we have not reached. A lot of people around the world love basketball and we have got to present [NBA] and we want to create something for the fans,”.

Giannis on playing basketball around the globe 🌍 pic.twitter.com/8y67f5Bvlf

The NBA held two international pre-season games in India back in October 2019. The games were held at the NSCI Dome in Mumbai featuring Indiana Pacers and Sacramento Kings. It was the first and only time NBA held its international games in India. NBA commissioner Adam Silver on Thursday Adam Silver admitted to bringing the games to India but did not specify a date. He said, “We do have plans to come back to India. That (COVID-19) was one of the setbacks that occurred with the pandemic as you recall. It was right before the pandemic which affected the whole world,”

Speaking about the experience of playing the games in Mumbai three years ago, Silver said, “When we played those two games in Mumbai, it was an incredible experience with Sacramento Kings and the Indiana Pacers coming in. Again, both teams really embraced the experience. Of course, we have Vivek Ranadive, one of the team owners, who was born in Mumbai. It (Mumbai games) was a really great experience but then everything was put on hold.”